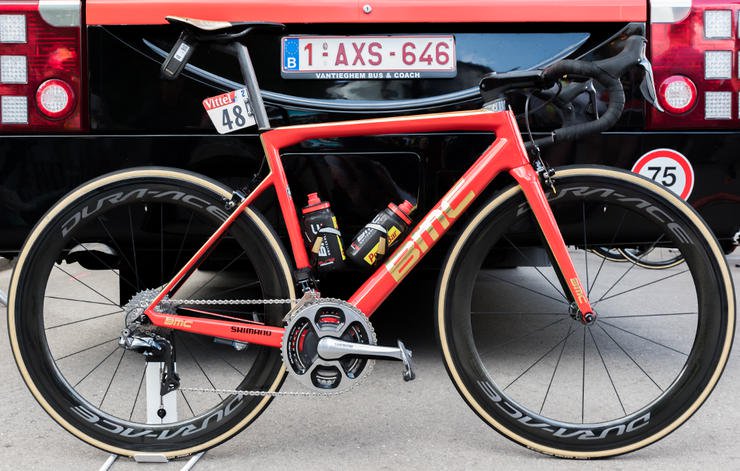 Greg Van Avermaet of Team BMC is the reigning Olympic road race champion. The Belgian rider out maneuvered Jakob Fuglsang and Rafa Majka on the tough Rio 2016 course to take the win. To celebrate his shiny gold medal, he rides a BMC Teammachine SLR01 with shiny gold accents. Pulling off a clean and tasteful Olympic Champions’ bike is a tough task, but GVA’s bike is as classy as we’ve seen. 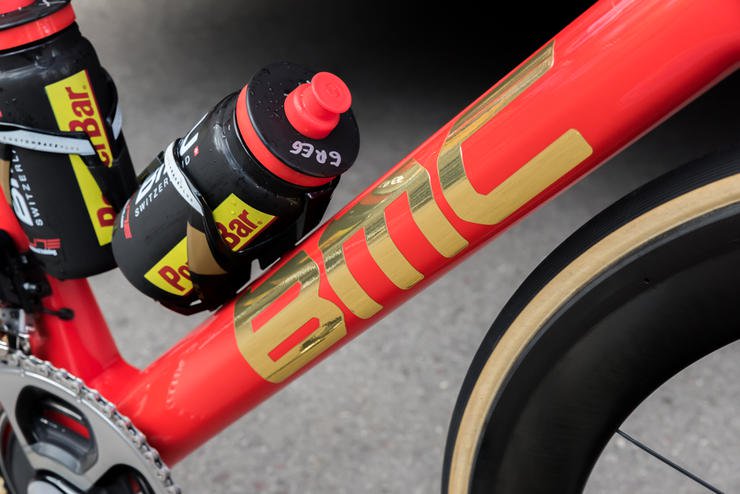 For the 2017 Tour, GVA is riding BMC’s brand-new Teammachine SLR01. The new model is stiffer, more compliant, and more integrated than the outgoing version, claims BMC. 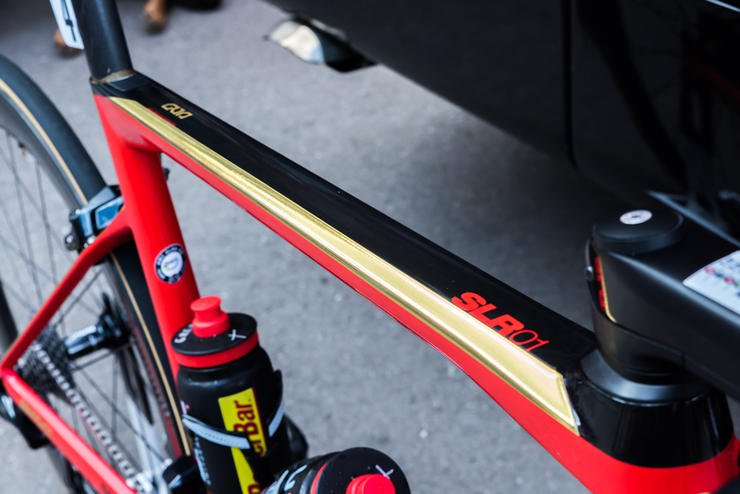 The gold accents on Van Avermaet’s bike are asymmetrical, with this strip on the top tube continuing down the drive-side seat stay. 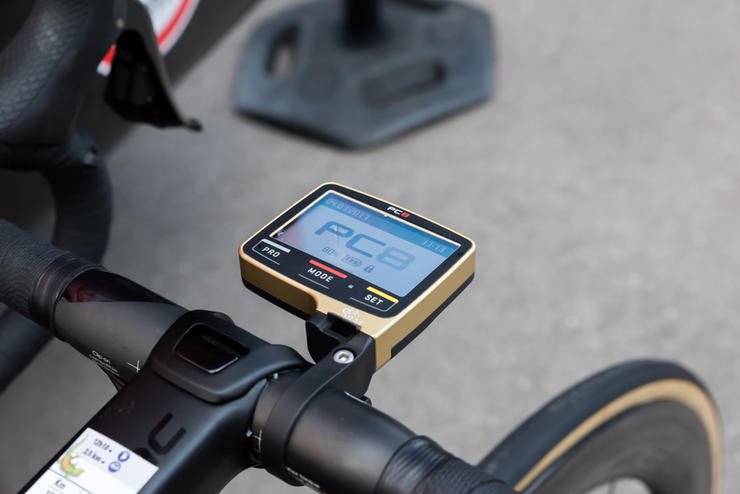 What color is the Olympic champ’s SRM PC8 headunit? Gold, of course. 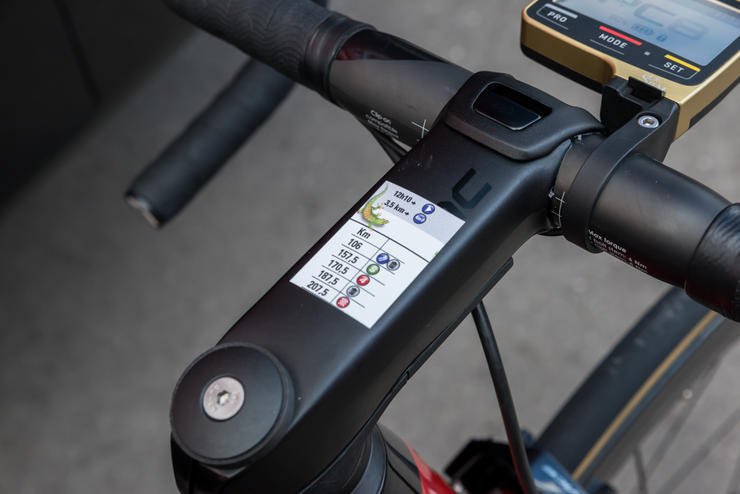 With a quick glance at his stem, Van Avermaet can see the day’s course profile and information. Stage four is shown. 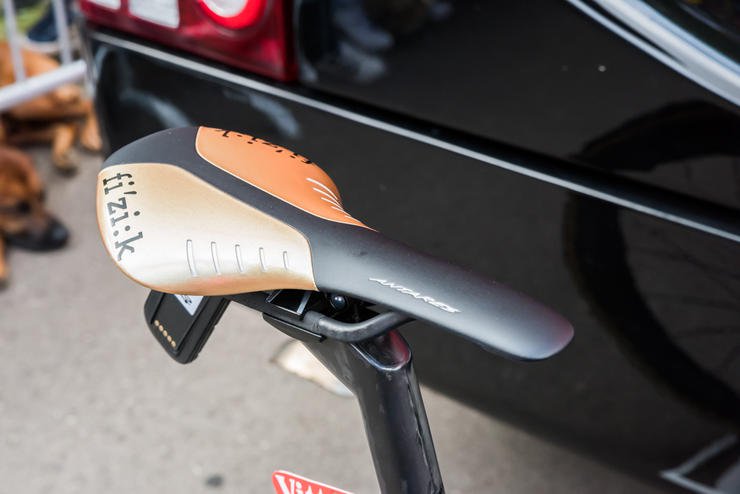 The carbon-rail Antares is a popular choice among Fizik-sponsored teams at the Tour. Van Avermaet’s saddle is gold accented to match his bike. 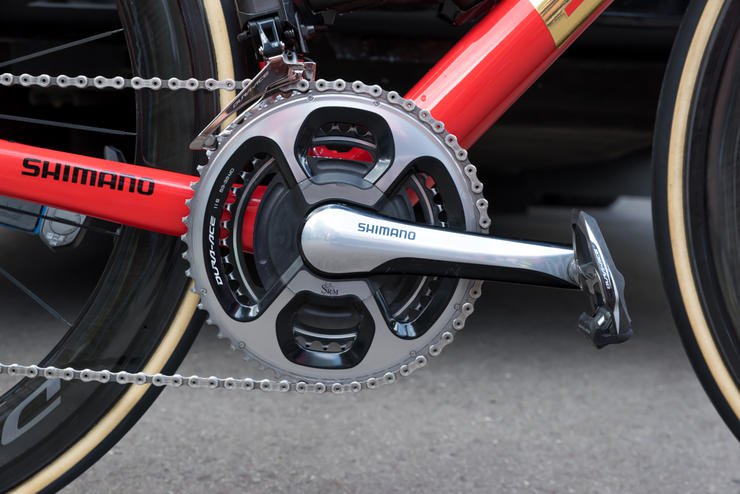 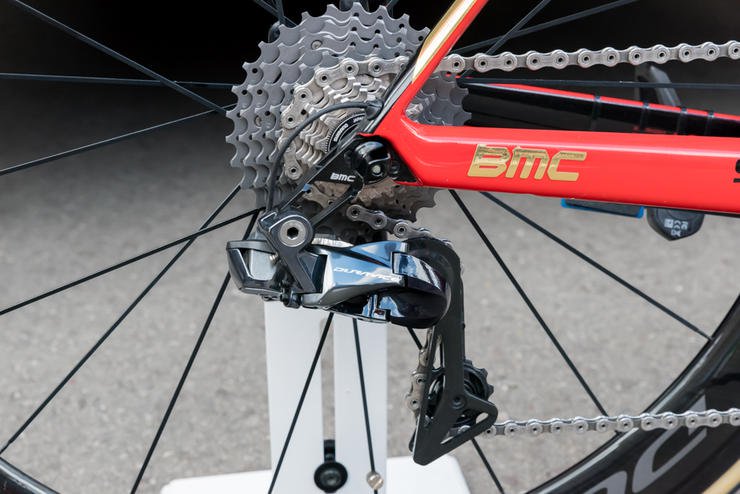 BMC’s bikes are equipped with Shimano’s latest Dura Ace group, which features the low-profile Shadow rear derailleur design. The Shadow design employs a short link when the derailleur is mounted to a frame with a traditional hanger. That link may be eliminated if the frame is equipped with a Shadow specific hanger like GVA’s BMC. This configuration potentially stiffer, and can make wheel installation easier. 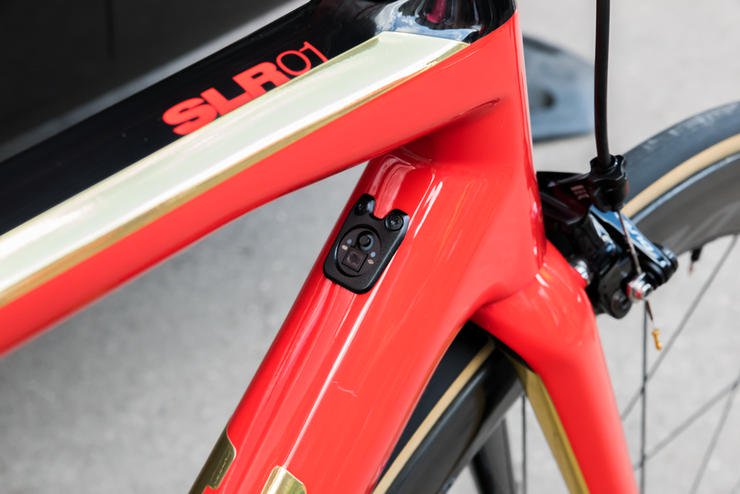 The new Teamachine SLR01 incorporates a port in the down tube that can house Shimano’s “integrated” Di2 junction box. When a mechanical drivetrain is used, the port becomes the entry port for the derailleur cables. 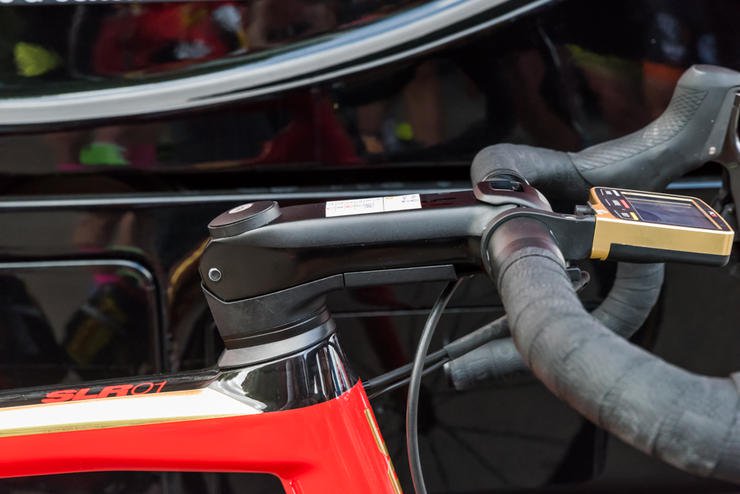 Compared to many riders in the Tour, GVA runs a huge stack of spacers: one. 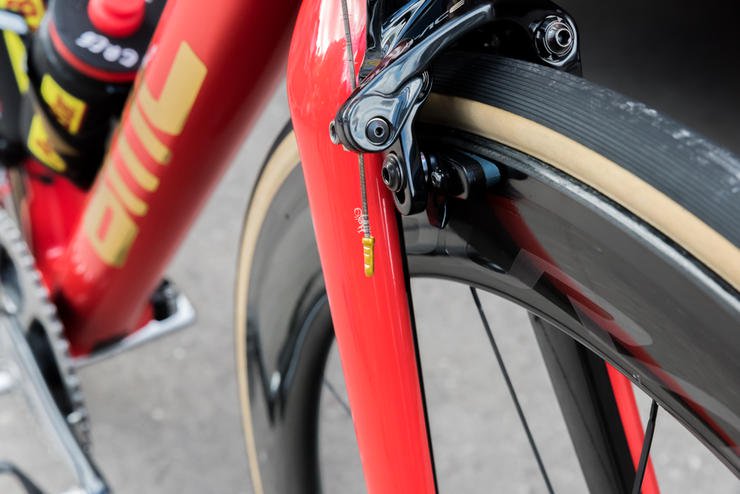 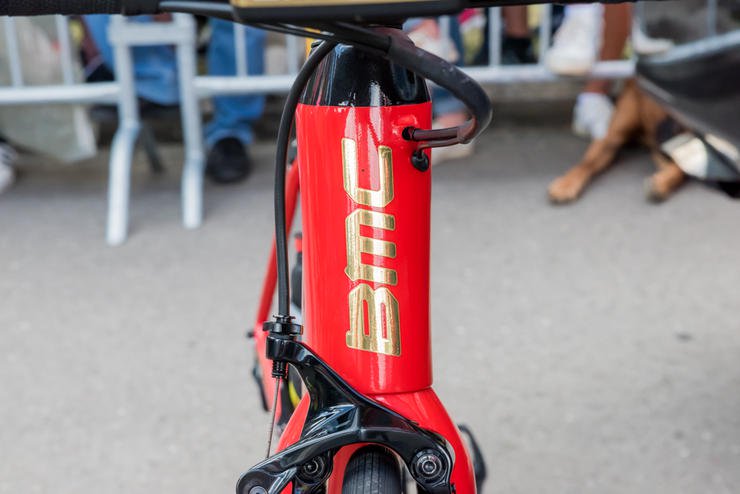 Depending on who you ask, BMC “Bicycle Manufacturing Company,” or “Bob’s Mountain Company.” Based on Van Avermaet’s incredible successes, it may as well stand for “Belgium Makes Champions.”

RELATED: What Does a Tour de France Rider Eat in a Day? 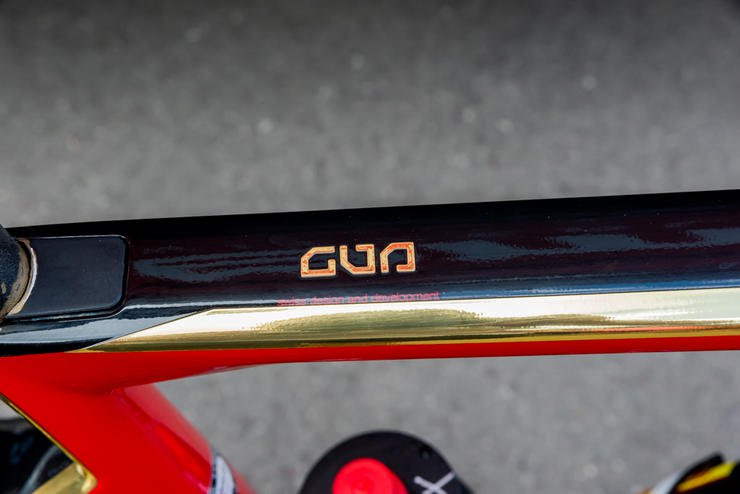 No doubt who’s bike this is. 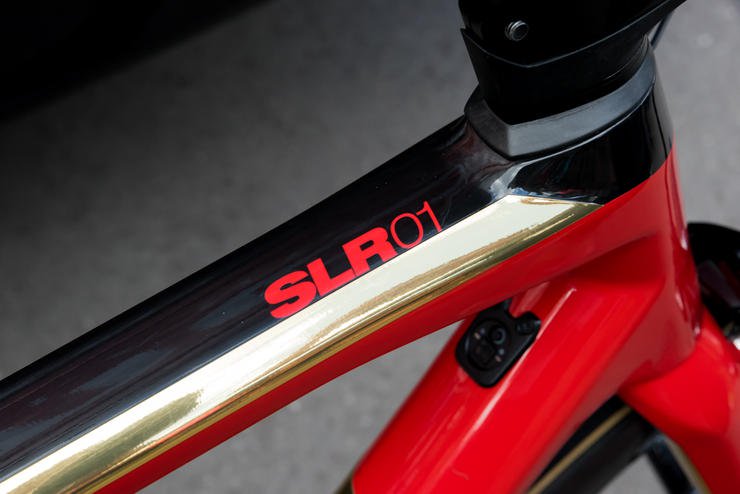 Team BMC is, like most teams, exclusively riding the rim-brake version of the SLR01 in this year’s Tour. If you’re looking for something a bit more new-school, the SLR01 is also offered for disc brakes.