Impey Best Of Saffers After Stage 2

Daryl Impey is the highest ranked South African at the Tour De France as he and two other Saffer's climb the rankings.

Daryl Impey is the highest ranked South African at the Tour De France as he and two other Saffer’s climb the rankings. – By Andre Valentine 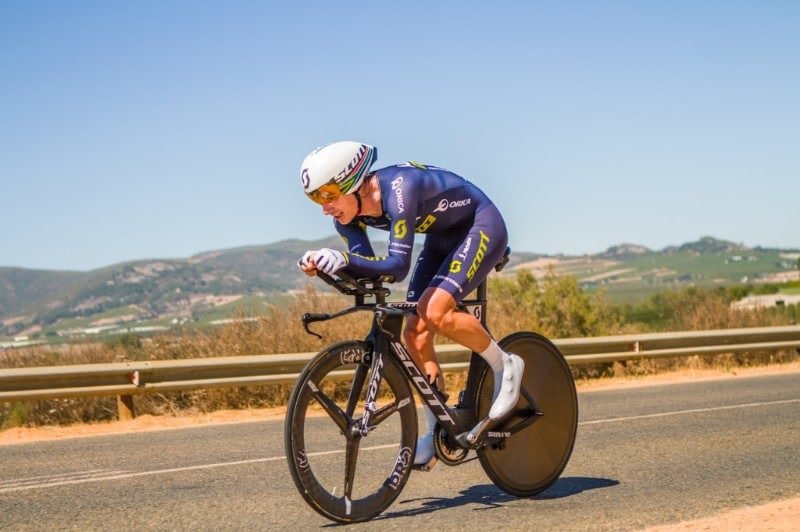 Daryl Impey is currently the highest placed South African on the Tour De France general classification. The SA time trial champion is sitting in 13th place after stage two, one place better off than he was after the rain-affected time trial on stage 1. He, along with several others, benefited from Tony Martin’s failings. The German time trialist was fourth going into stage two, but finished 9-minutes behind the leading group and dropped to 184th, while stage 2 winner, Marcel Kittel, climbed from 9th to 3rd .

Louis Meintjes, who is only expected to come to life when Le Tour hits the mountains, still climbed 11 places from 113th to 102nd. After a cautious ride during stage 1 Meintjes  finished with the main bunch on stage 2, gaining time on those who didn’t, which contributed to his climb up the GC. The South African White Jersey hopeful is currently 16th in that classification, just over a minute behind current leader and time trial specialist, Stefan Küng.

Stage 3 of the 2017 Tour de France kicks off at 12:10 on Supersport 5 (channel 205). The course is an undulating affair suited to puncheurs like Peter Sagan and Philippe Gilbert.