Hatherly And Beers Bossing it at the Cape Pioneer Trek

Cape-based duo earn another stage victory to maintain their lead in the race.

Cape-based duo earn another stage victory to maintain their lead in the race. 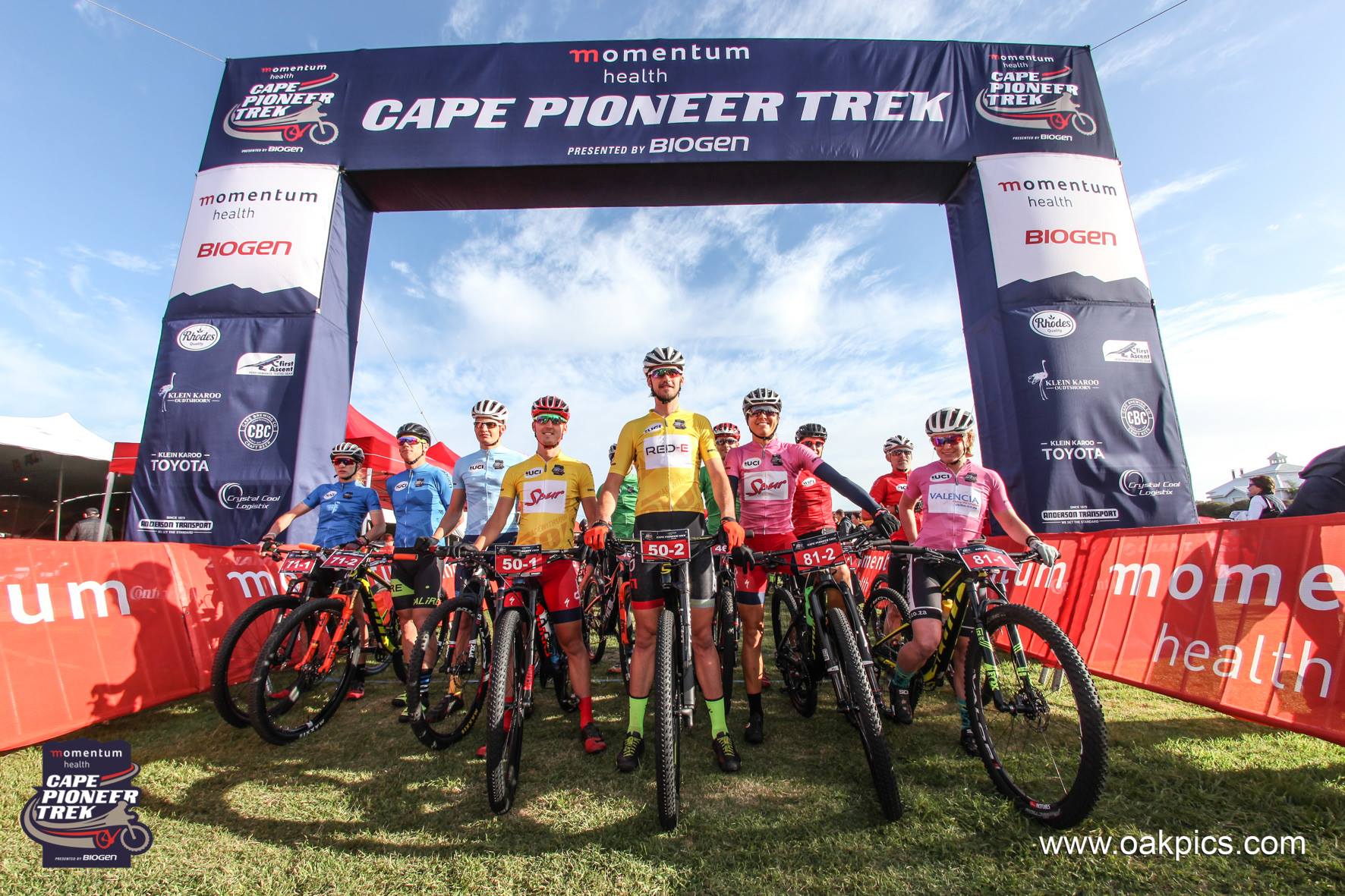 Alan Hatherly and Matt Beers followed up their stage 2 win at the 2017 Momentum Health Cape Pioneer Trek with another one today. In another tight stage, mirroring the cat and mouse nature of yesterday’s battle, the Team Spur/Red E combo finished just under 2-seconds ahead of NAD Pro MTB’s Gawie Combrinck and Nico Bell, who continue to sit in second place on the GC.

Stage 3 was the first transition stage of the 2017 Cape Pioneer Trek, meaning for the first time racers finished at a different venue to where they started. The 99km route took riders from Milkwood Primary School in Mossel Bay to Van Kervel High School in George, via 2000m of climbing in the foothills of the Outeniqua Mountains.

In the woman’s race the roles were reversed as stage 2 runners up Sabine Spitz and Robin De Groot of Team Ascendis Health beat stage two winners Ariane Luthi and Amy McDougal (Team Spur Valencia). The pair finished one minute and 20-seconds ahead of Luthi and McDougall, but were unable to usurp them at the top of the standings in the Woman’s GC.

Tomorrow’s stage has riders taking on a 31km time trial through George, starting and finishing at the Kervel High School.