“You Haven’t Seen the Best of Me Yet” – Daryl Impey

While this year's Tour may have been Daryl Impey's most productive yet, he still feels it could’ve been better.

While this year’s Tour may have been Daryl Impey’s most productive yet, he still feels it could’ve been better. – By Andre Valentine 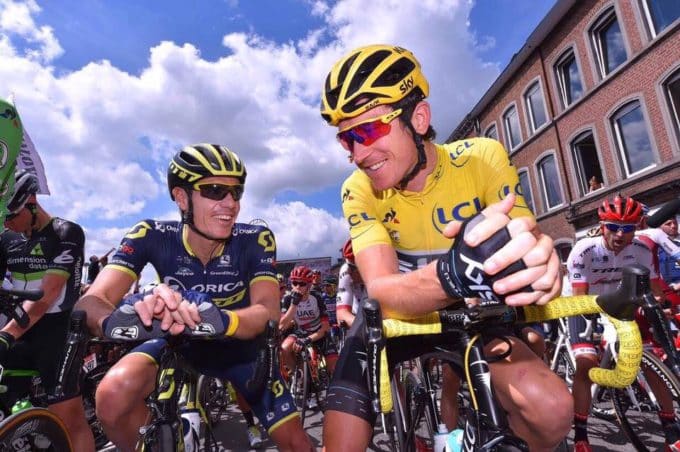 At the Tour de France, everyone pays attention to the guy in yellow. Even if you don’t end up wearing it on the home straight of the Champs-Élysées, it’s always a matter of great pride, and brings with it many benefits such as endorsement propects. This is probably why Daryl Impey always earmarks his time in the yellow at the 2013 Tour de France, as his most memorable.

But even without yellow, the 2017 SA National Time Trial Champion has created a few more highlights for himself at this years Tour de France. “Discovering my TT abilities again against the world’s best was a definite highlight for me, and (Simon) Yates winning the White Jersey of course,” he told Bicycling.

Impey has been the SA National Time Trial Champion for the past 5 years but that form hasn’t always worked for him at grand tours – his fifth place finish at the second time trial on stage 20 was his best result at a TdF time trial. But according to Impey, he could have done even better on the stage: “I overcooked the final corner. I only rode the course once and I pushed myself, as I knew I had a good time. It was unfortunate to lose precious seconds there.”

RELATED: Meintjes and the One Thing that Eluded Him

But he is still happy with the result, calling it a “nice surprise”. “If you told me before I would run top five I would’ve said you must be joking.”

Impey sees his 2017 Tour as a success, saying he felt ready from the start and, although he felt a little undercooked in the first week, he found his legs in the third week. This could be why he managed that big pull at the front of the group up Col du Galibier during stage 17, a feat which had commentators referring to him as a super domestique. Despite the attention and upgrade in role, Impey, who considers himself an all rounder is happy to be just that, saying that people mix up his skill-set so often that he doesn’t even know who he is.

While Impey assures us that he won’t be winning the Tour de France anytime soon, he does look back at the 2017 Tour and regret one thing: “I would have liked a stage victory, but I knew going into it that my role was to support (Simon) Yates and (Esteban) Chaves.”

Looking to the future, Impey has more big races coming up, and says he’s preparing for the UCI World Road Cycling Championships in September hosted in Bergen, Norway. Impey is 32 now, and has had his fair share of ups and downs in his career, but he believes he has something big left in himself, for the races, and tours to come, “I don’t think I have seen the best of me yet,” he says.