How Saffers Dominated The Tour

There's a lot for South African fans to be proud of at the end of the 2017 Tour de France. Here are a few key moments that stood out for us.

There’s a lot for South African fans to be proud of at the end of the 2017 Tour de France. Here are a few key moments that stood out for us. – By Andre Valentine 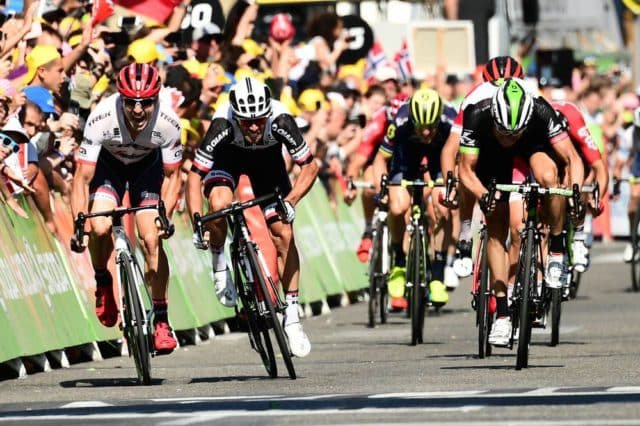 It’s our patriotic right to make a big fuss about South Africans making things happen at the Tour de France. But for this list, our boytjies in France made our jobs easy by putting in some heroic performances. Here is a list of Saffers and what they did to set the Tour de France alight.

Louis Meintjes In The Top 10

Louis Meintjes cemented his reputation as a future Tour de France contender with another top 10 finish in 2017. He finished 8th overall, and 2nd in the chase for the white Jersey, mirroring his 2016 achievement, while beating other Tour incumbents such as Alberto Contador and Nairo Quintana. Modern champions (such as Froome) usually peak at the age of 28, and with Meintjes showing this kind of promise at 25, the future looks exciting for the Pretoria-born climber. Mind you – he could blossom early… like Eddy Merckx.

Blem once again showed why he has a reputation as the best mechanic at the Tour de France. He ensured that Froome and co went through the Tour with perfect bikes and setups, and rightfully won another yellow jersey and team classification. In principle, Blem has more yellow jerseys than Froome, having secured one extra (giving him five in total) when Sir Bradley Wiggins won Le Tour in 2012. He’s sure to let Froomey know about that one whenever he gets the chance.

Daryl Impey Gets An Upgrade

You would think that nothing could top wearing the yellow jersey, but performance-wise, Daryl Impey may have ridden his strongest Tour yet. He finished in the top 50, helped his young teammate, Simon Yates, to the white jersey and finished fifth in the second individual time trial on stage 20. He also showed impressive climbing form, pulling the peloton up Col du Galibier for a long stretch on stage 17. His performance this year saw him upgraded from general all-rounder to “super domestique,” which is where it all started for Chris Froome back in 2012.

Dimension Data On The Steps

Yes, they may have finished second last in the Team Classification, but Africa’s team still provided some great entertainment value. This most notably came through Edvald Boasson Hagen who, in the absence of Mark Cavendish, took on the duties of main sprinter, and didn’t disappoint. He had six podium finishes, one of them a victory after a brilliant tactical move saw him solo to the finish on stage 19. A special mention goes to SA Champ and fellow DiData rider, Reinhardt Janse Van Rensburg, who’s lead-out skills lead to at least three of the six podiums EBH achieved.

Chris Froome Does It Again

The BBC and Sky News may refer to him as “Britain’s Chris Froome” but we all know where he cut his teeth as a cyclist. Froome is a South African at heart, having started his professional cycling career here, and comes back to our beautiful country every year to train. We’re claiming him. This year he further bolstered his winning reputation (and true Saffer mettle) by spending a total of 15-days in the Maillot Jaune. He also showed off his diverse skill-set by stretching his lead during the second time trial on stage 20.