If you saw the new developments in knit running shoes over recent years and felt left out as a cyclist, you weren’t alone. However, Giro just introduced the antidote: its new Xnetic footwear line. The shoes, which are modeled after Giro’s Empire and Republic models, feature the company’s now-familiar lace-up closures, various sole stiffnesses, and yeah, knit fabric uppers that are meant to feel as comfortable and breathable as your socks. The fabric is treated with DWR to repel muck, and reinforced with a TPU (thermoplastic polyurethane) “exoskeleton” to give you the support you need to mash the pedals. 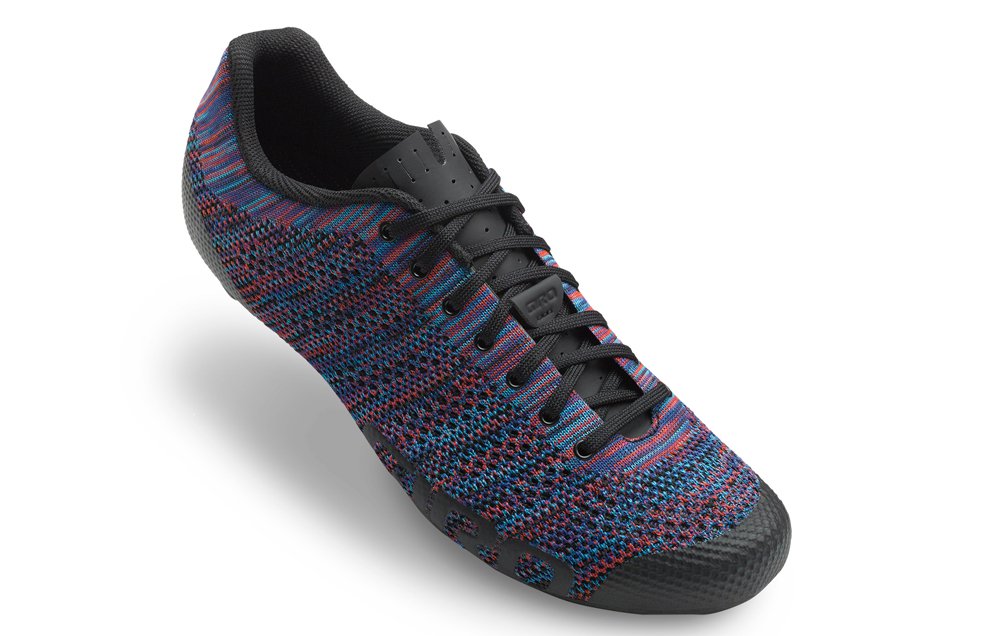 The Empire E70 Knit is intended for mostly paved adventures, with an Easton EC70 carbon sole and a breathable body. While this isn’t Giro’s stiffest sole, it is the same carbon used for many of Easton’s bars and stems, as well as Giro’s Raes Techlace shoe. It should provide a good, stiff pedaling platform without eliminating all chance of walkability that you’d find in a hardcore race shoe. The TPU support system is integrated into the uppers for a clean look, so while the shoes look and breathe like socks, they’ll also still feel snug and efficient when pedaling. At a claimed weight of 250 grams for a 9.5, the Empire E70 isn’t the lightest shoe out there (the Raes weighs a claimed 230 grams), but it might be the most likely to start a conversation on your next group ride. 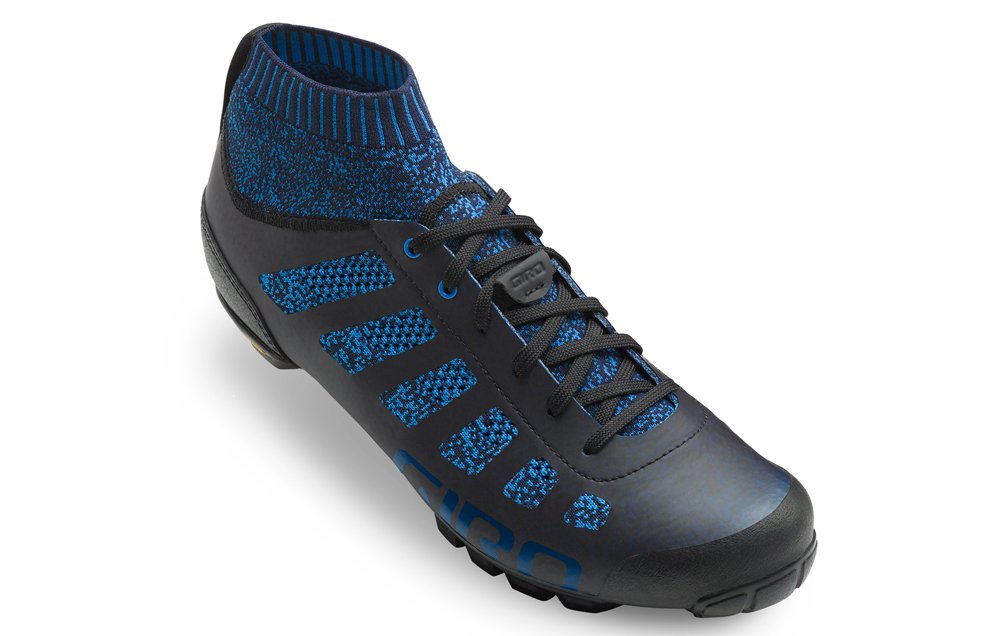 The Empire VR70 Knit is more inclined towards singletrack and gravel riding, with a raised cuff to protect your ankles from errant pebbles and debris. The external TPU support system increases durability, and the shoes also have a rubber toe bumper, a TPU molded heel, and Vibram rubber lugs to keep your feet protected and well-planted on the odd portage (or trip into the coffee shop). The VR70 knit has the same Easton EC70 carbon sole as the E70, and the shoes weigh a claimed 380 grams for a 9.5. 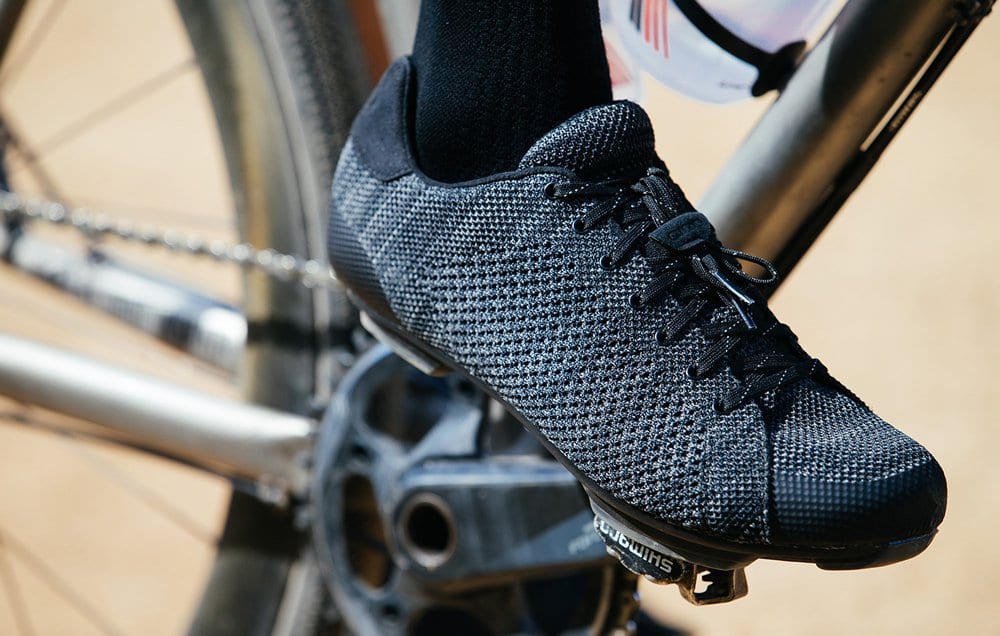 The Republic R Knit  is aimed at the commuter or adventure rider looking for a little more style and comfort, with a low-key look and a less-aggressive nylon co-molded sole. The Republic R Knit comes with reflective empire laces, and is compatible with two-bolt cleats. It weighs a claimed 310 grams for a 9.5. Pricing and launch details to follow soon.