Is this Scott’s Fastest XCO Bike Ever? 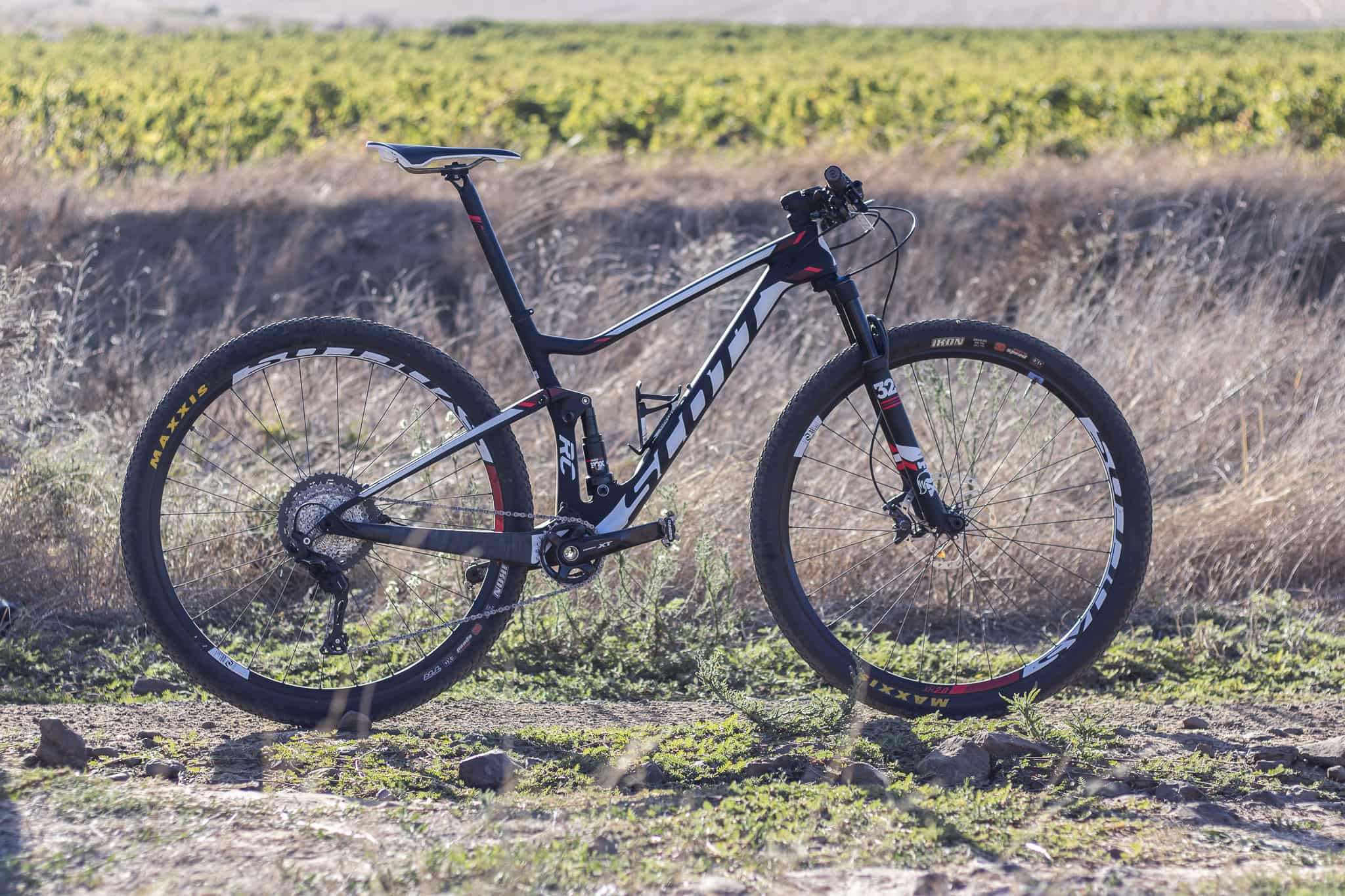 The cross-country mountain bike has evolved quickly, thanks to the ever-demanding and appreciably technical World Cup circuits modern professional riders face these days. As a result, in an effort to achieve nimbler handling over tighter, steeper and trickier terrain, head angles have become slacker, geometry more forgiving, and weight substantially reduced. Take the all-new Scott Spark, for example – it employs this new-found approach to maximum effect, while retaining the aggressive looks and functionality that over the years have become synonymous with Scott. Let’s take a closer look at this bona fide trail-slayer… 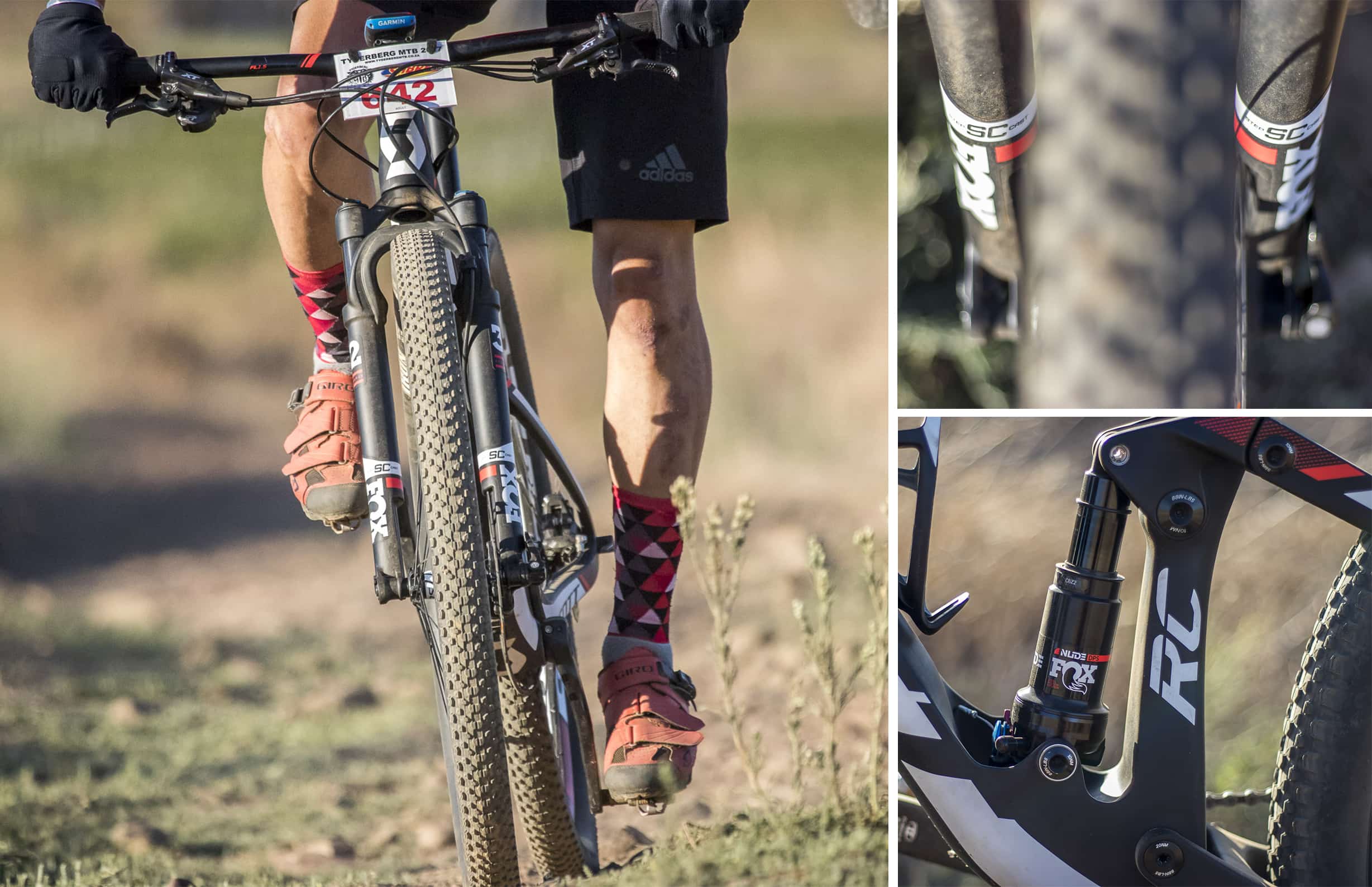 Visually, the Spark RC eschews contemporary funk in favour of sophistication. The result is a classy package, replete with tri-colouring on the frame (black, red and white), complemented by matching Scott lettering emblazoned on the downtube. The matte-look carbon also adds to its trailside theatre, forcing rubbernecking from other trailgoers – and envy, I imagine… Visually, the biggest change over its predecessor is the vertically positioned shock, which frees up an additional 7mm of shock stroke (165mm eye-to-eye), compliments of a trunnion mount. 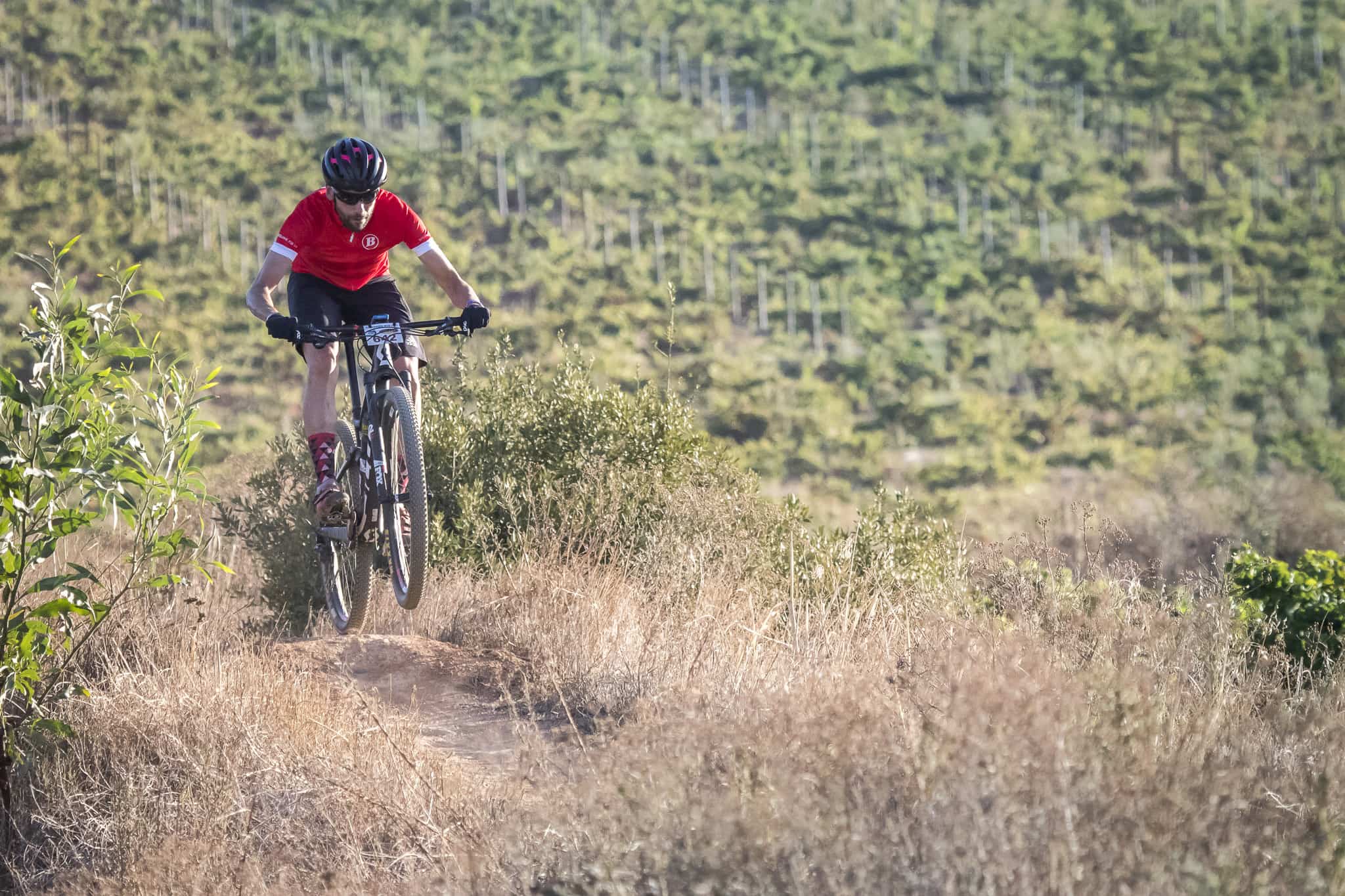 Point the Spark’s responsive front end down the first bit of singletrack you see, and it’s impossible not to smile. The steering is ultra-sensitive, needing little input from the rider to change direction – a result no doubt attributable to the shorter stem and chainstays. Traction is superb, thanks to the lowered stack height; and a reduced centre of gravity results in a pretty confident performance. In fact the entire experience is organic – telepathic, almost – which instils in you the assurance that you can push harder and leave your comfort zone. The XT brakes, while not the most powerful around, allow you to modulate your speed accurately before setting up for a corner. This means it’s just a matter of choosing your line, dropping your outside leg, and using the huge reserves of grip to rail around a berm. Smile and repeat. 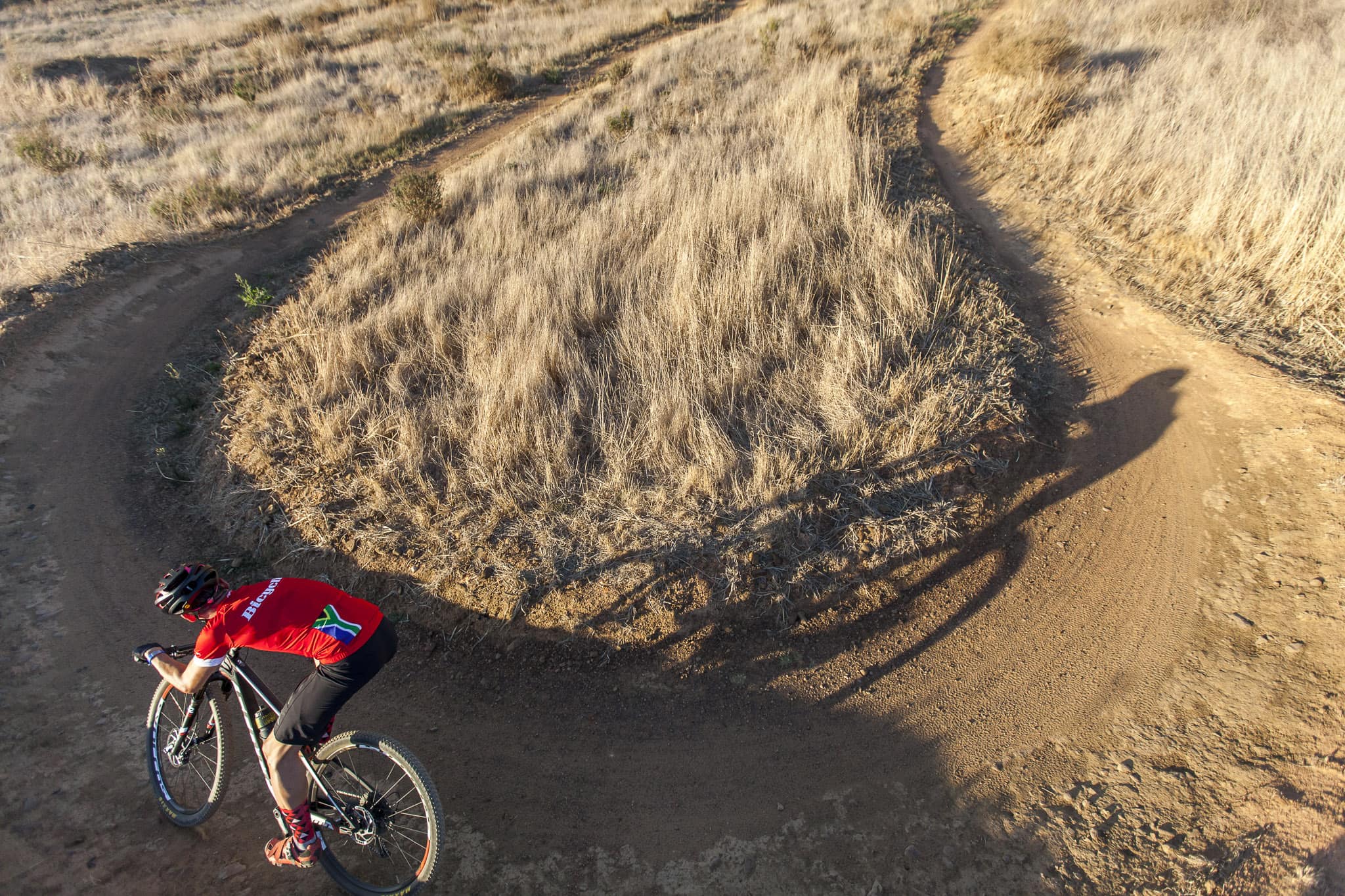 The RC frame is single-ring-specific, and the lack of a front derailleur allows a stiffer bottom-bracket area and deeper-section chainstays. And stiff it is – particularly when hustling out of the saddle up a climb. I found it excelled more on negative gradients than on the climbs, but that’s not to say it’s no good when the trail points upwards. While it’s not an outright climber’s bike, the moment the environment becomes rocky, with technical switchbacks and short, steep inclines, the Spark shows its mettle and begins to make sense. It’s here that the lenient gearing of the Shimano XT drivetrain comes to the fore, delivering the perfect mix of top end and climbing efficiency. And comprising a 30T front ring and 11-46T cassette, it can pretty much climb a wall. Weight? Well, the bike’s pretty light (around 10.8-11kg), but it could shed a few more grams by way of a lighter wheelset, or carbon stem, handlebar and seatpost – but I’m nitpicking here. 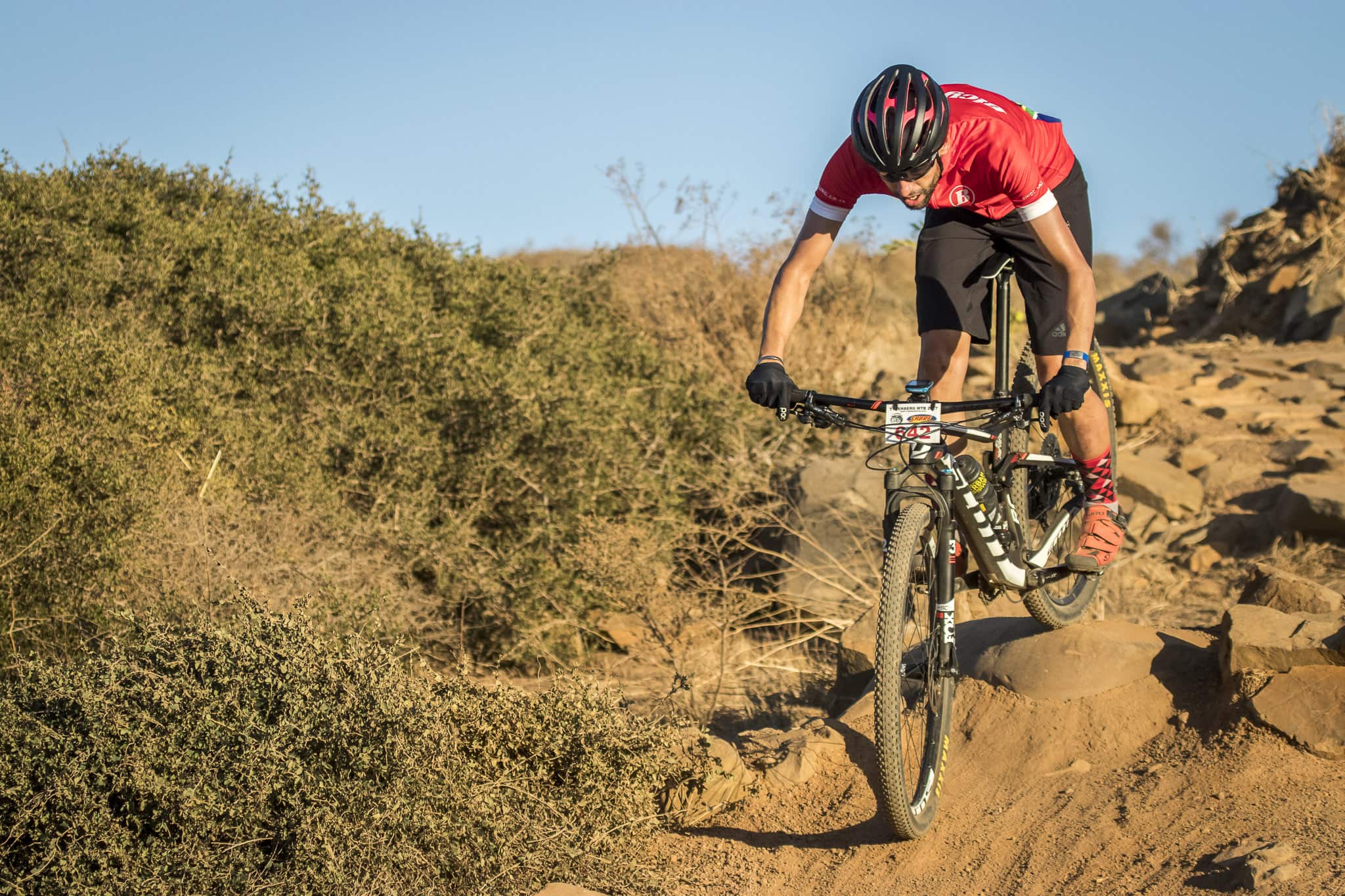 The Spark’s longer reach, shorter stem and forgiving head angle, together with the shorter chain stays, have resulted in a responsive bike – both in terms of how it steers and how it corners. Sure, this all points more towards a trail bike than an XCO bike of old, but it doesn’t take long to adapt to the new ‘saddle-up/head-down’ riding position. And the Spark thrives on technical terrain. 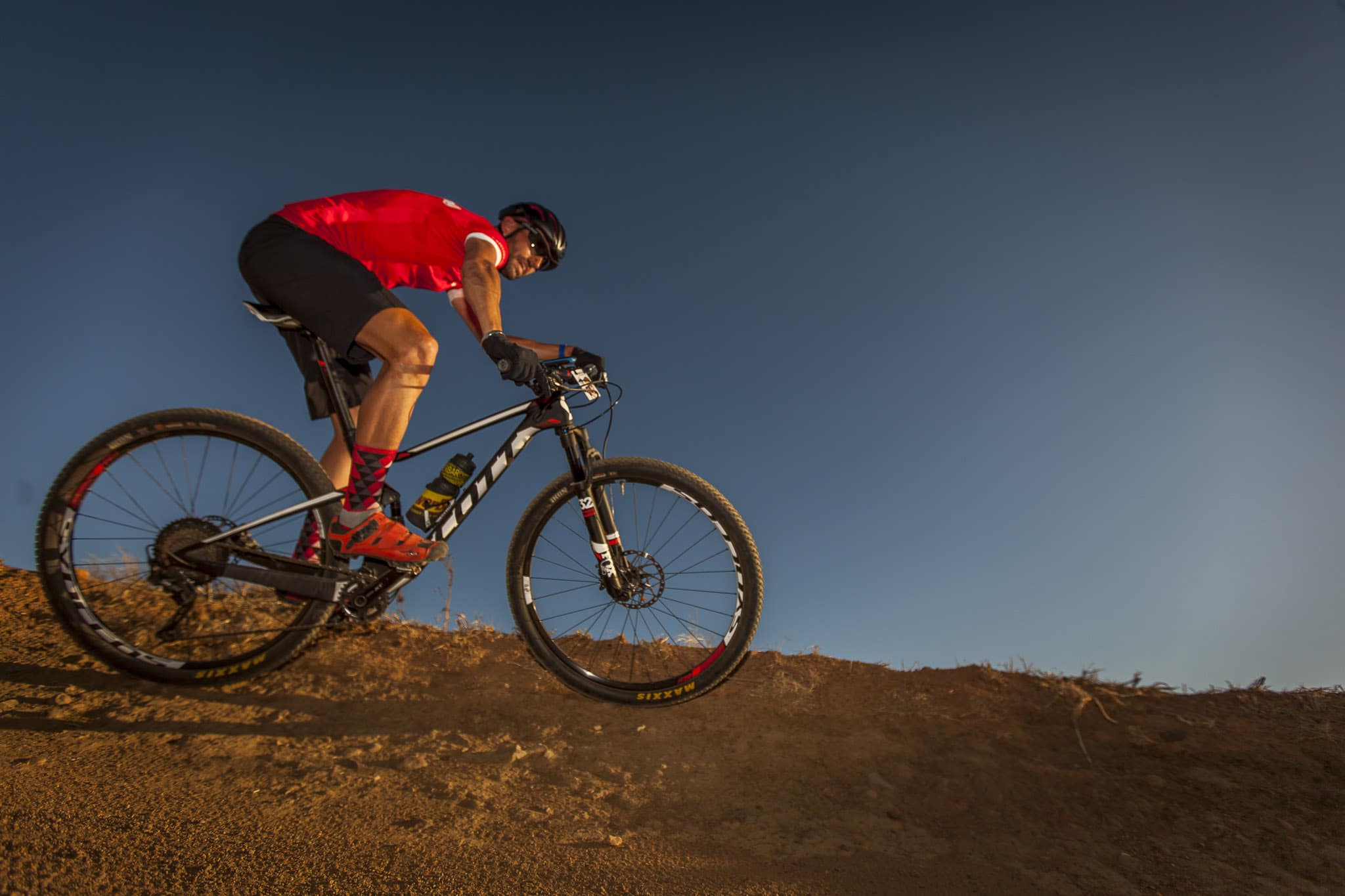 The plush Fox suspension assembly – comprising a 100mm 32 Step-Cast front and 100mm Nude rear – does well to dampen rougher topography, but overall performance depends on personal preference. I like to run my suspension very soft – while I tend to bottom out on bigger obstacles quite often, this allows me to utilise all of the bike’s travel. 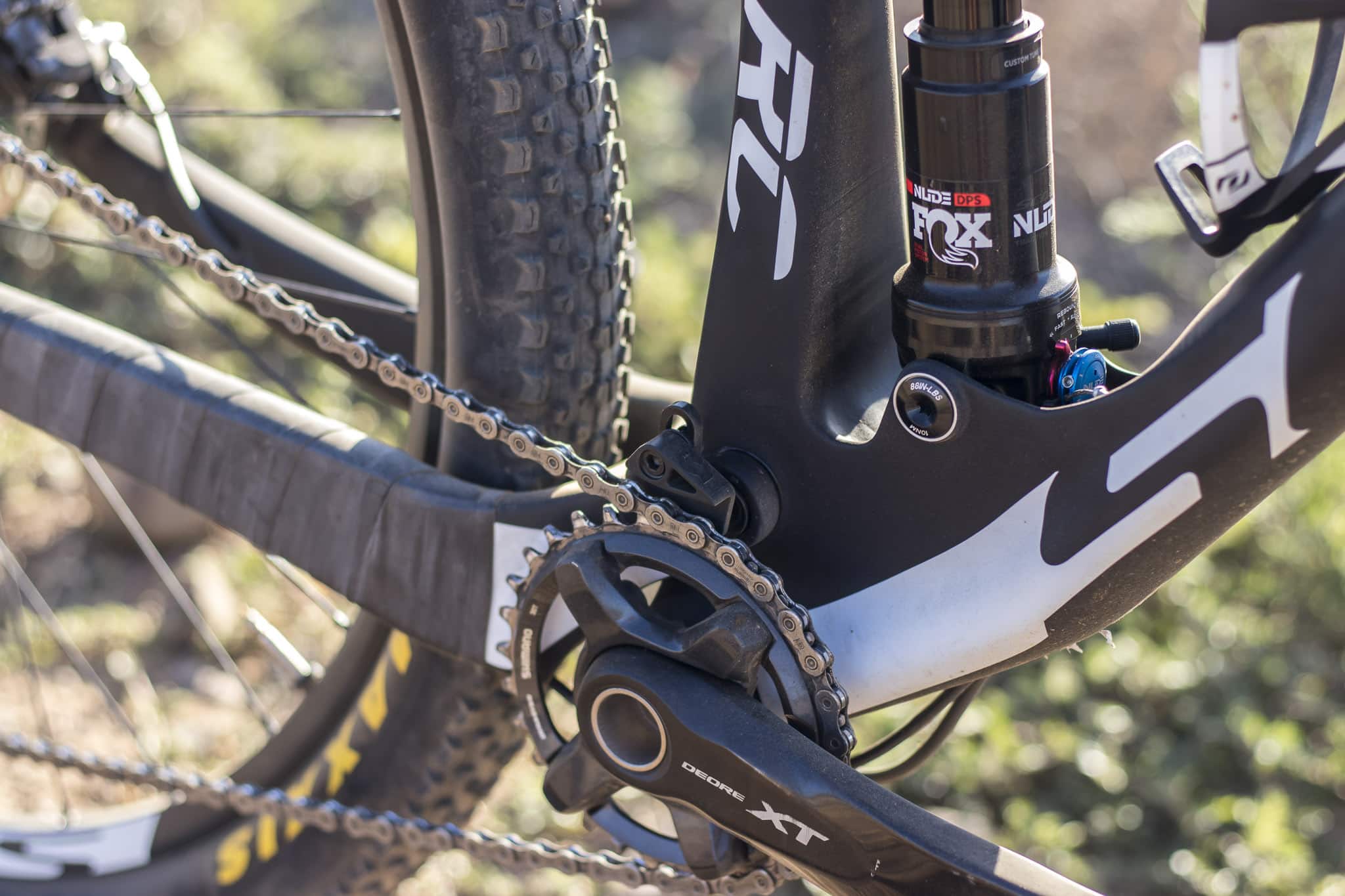 There’s also a nifty cable-operated mechanical TwinLoc remote that efficiently nullifies suspension bobbing on climbs and flats, and an integrated chain-guide (23g) that mounts directly to the frame via the main pivot, eradicating the dreaded dropped chain. 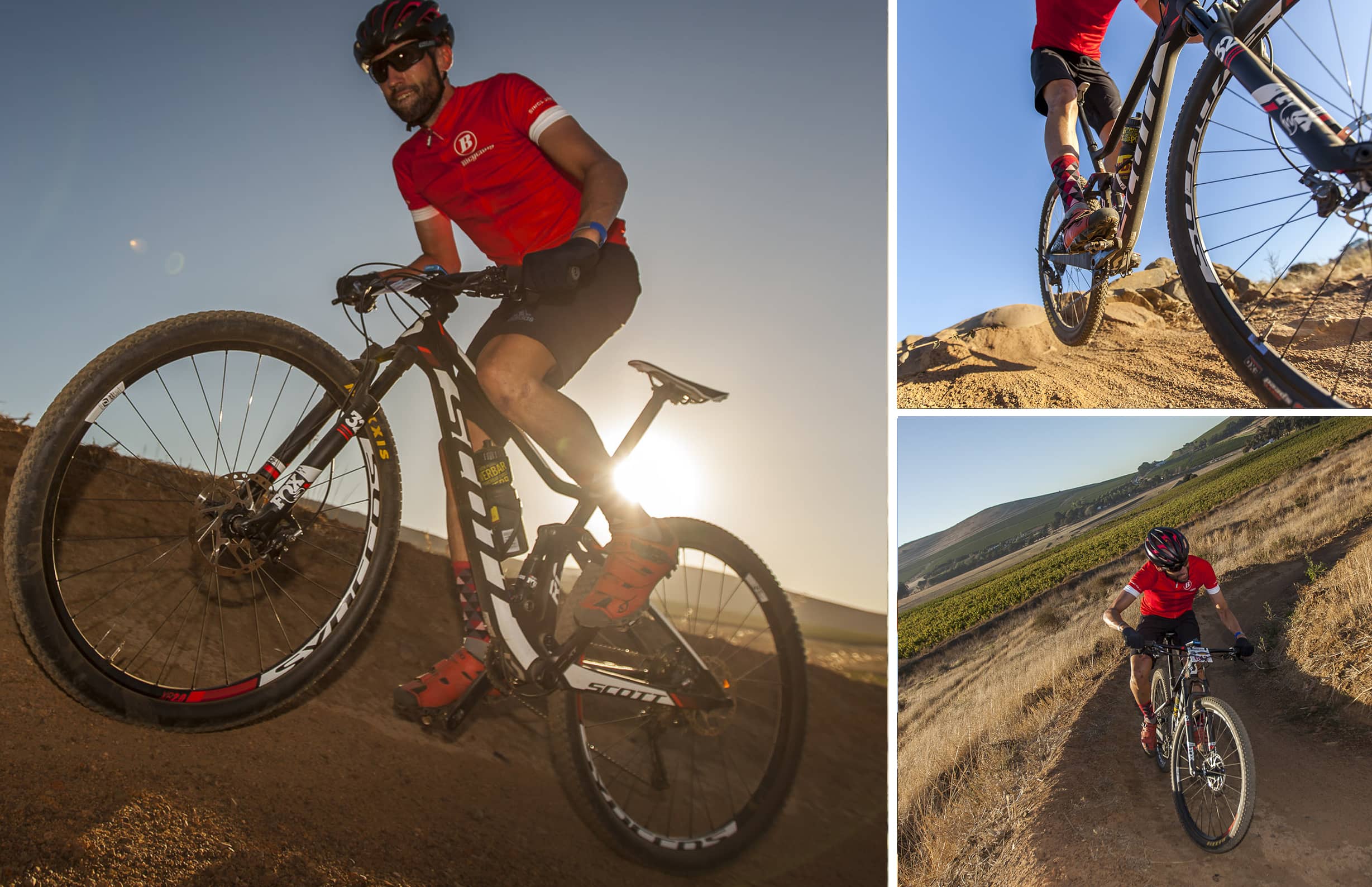 The Spark RC 900 may sit on the bottom rung of the company’s carbon range, but it’s not an entry-level bike by any means – as evidenced by its R80k price tag. With above-average components and flattering geometry, it’ll make sense to the serious rider wanting to progress to a more race-honed rig complete with 1x drivetrain technology and tuneable suspension. Plus it’s just one of those bikes that makes you feel faster – read ‘better’ – the moment you get behind the bars. While it certainly has the credentials to perform superbly in various MTB race disciplines, we feel it’s best suited to the fast-and-furious nature of XCO racing, where its geometry can be exploited to the maximum.