PRIMOZ ROGLIC AND EGAN BERNAL ARE BOTH LOOKING TO COMPLETE HAT TRICKS AT THE SEASON’S FINAL GRAND TOUR, BUT A STACKED LIST OF CONTENDERS HOPES TO RUIN THEIR PLANS.

Starting on Saturday 14 August in Burgos, the Tour of Spain – la Vuelta a España – covers 3 417km  over 21 stages, including two individual time trials and six summit finishes—and many more mountains in between. As the season’s final grand tour, la Vuelta is always a bit of a “last-chance saloon” as riders often use the race to try and redeem themselves for miscues earlier in the year, build momentum heading into next season, or in some cases, earn a new contract. Here’s a look at 10 riders we expect to make headlines in the last three-week stage race of the year. 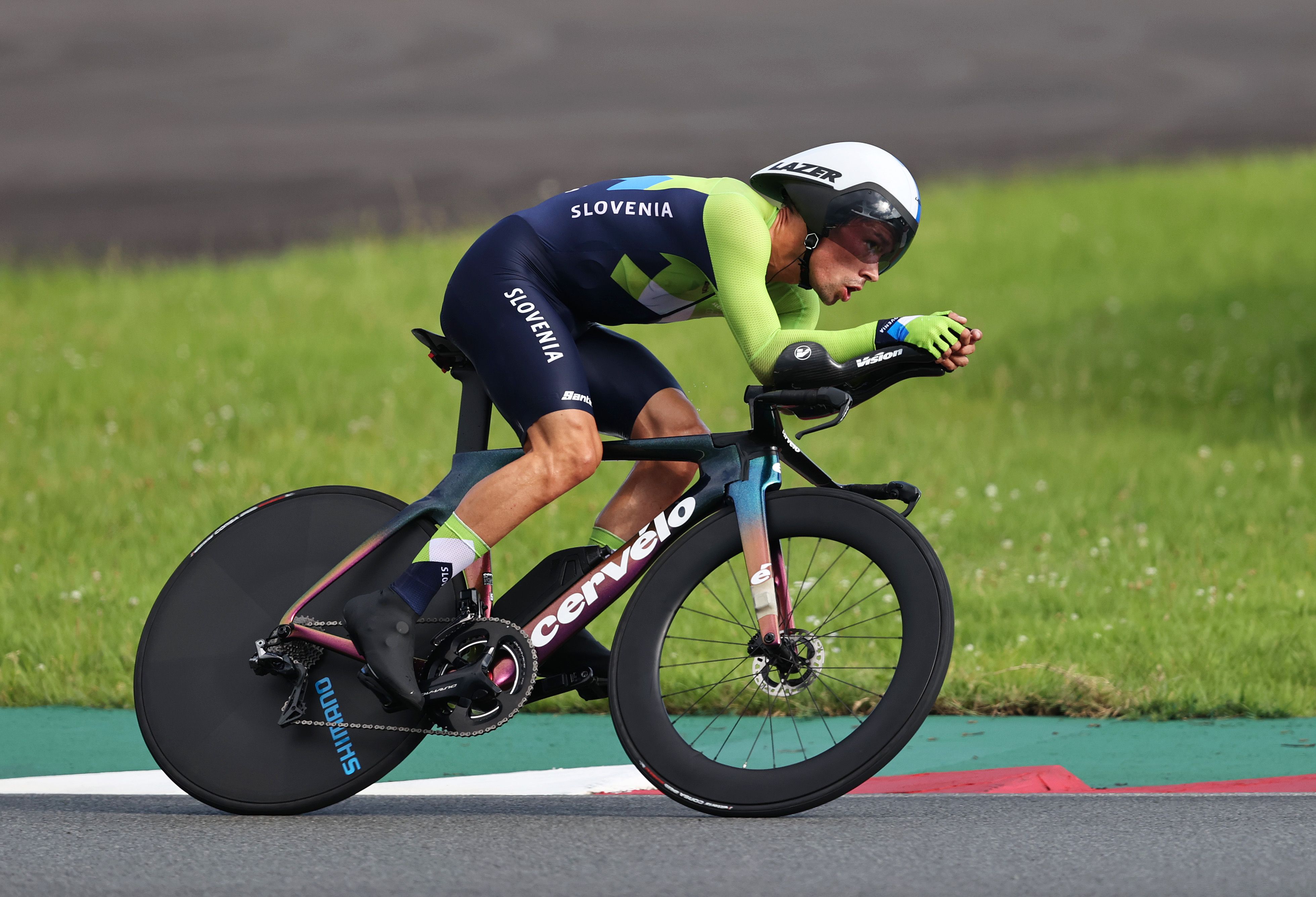 The Vuelta’s two-time defending champion, Roglič can join Spain’s Roberto Heras and Switzerland’s Tony Rominger as the only riders to have won the race three years in a row.

The Slovenian must be growing quite fond of the Spanish grand tour, as it’s helped him salvage the last two seasons after failing the Giro d’Italia in 2019 and the Tour de France last year. And after crashing and failing to finish the Tour this past July, he could use another dose of the good fortune the Vuelta always seems to offer him. Clearly healed from the fall that ultimately knocked him out of the Tour, he stands to benefit the most from the Vuelta’s two individual time trials (he won the gold medal in the event at the Olympics in Tokyo) and his team is one of the two or three strongest in the race (he’ll have the support he needs to go for the hat trick). Even with a stacked start list, he’s the man to beat. 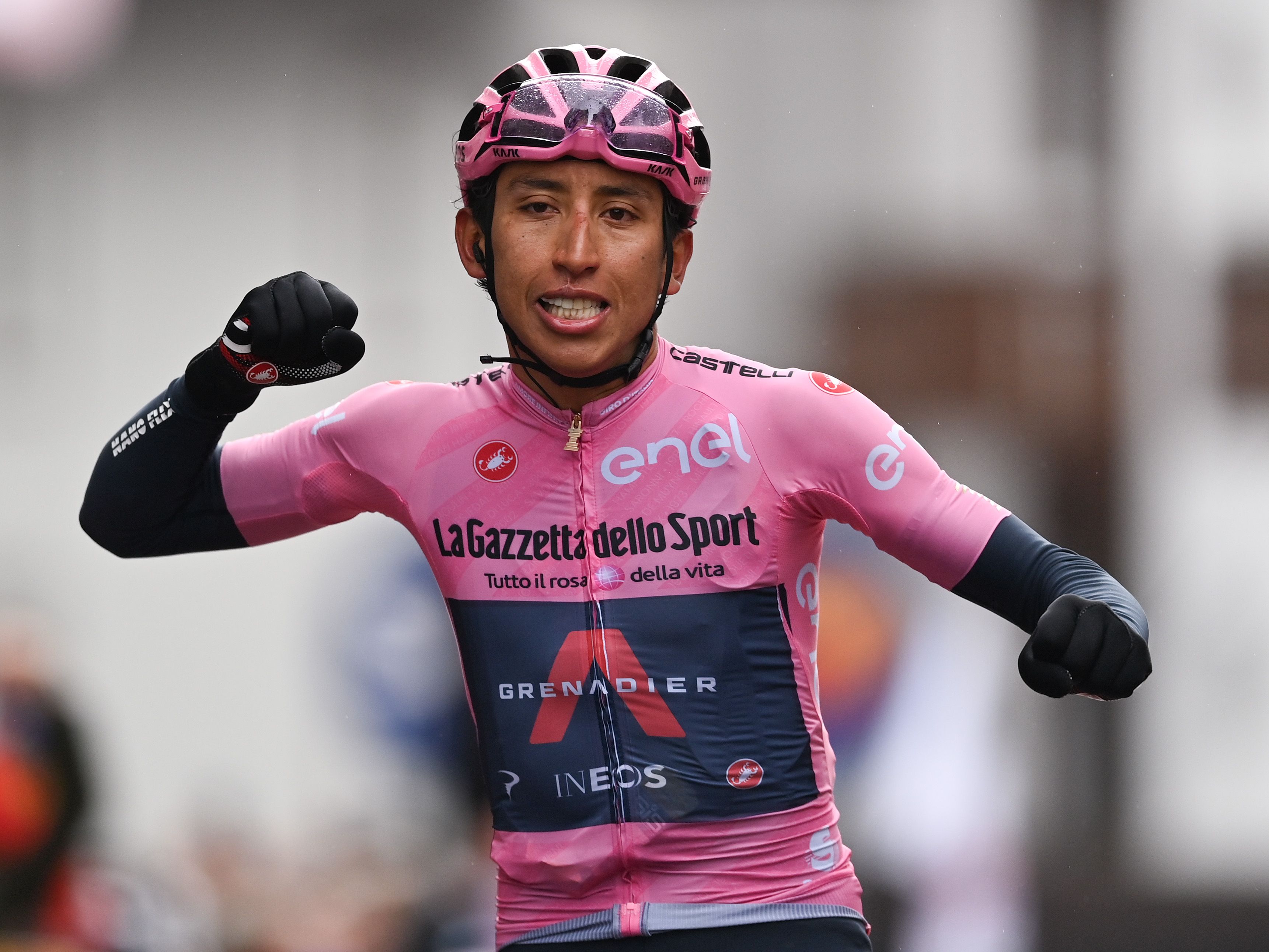 Bernal is riding the Vuelta in the hopes of scoring a hat trick of his own: victories in each of cycling’s three grand tours. Winner of the Tour de France in 2019, the Colombian added the Giro d’Italia to his palmares in May. At his best he’s one of the top climbers in the sport, but he’s hampered by a bad back at times, which could limit him on the steep summit finishes in the Vuelta’s third week. We suspect he’ll try to employ the same tactics he used to win the Giro: jump out to an early lead while he’s fresh then ride defensively, relying on his immensely talented team to protect him during the second and third week. The final time trial poses a serious threat—especially if Roglič is around a minute behind him. But with so much climbing on tap—and if he’s managed to take another step forward from where he was in May—he could be too much for anyone to handle. 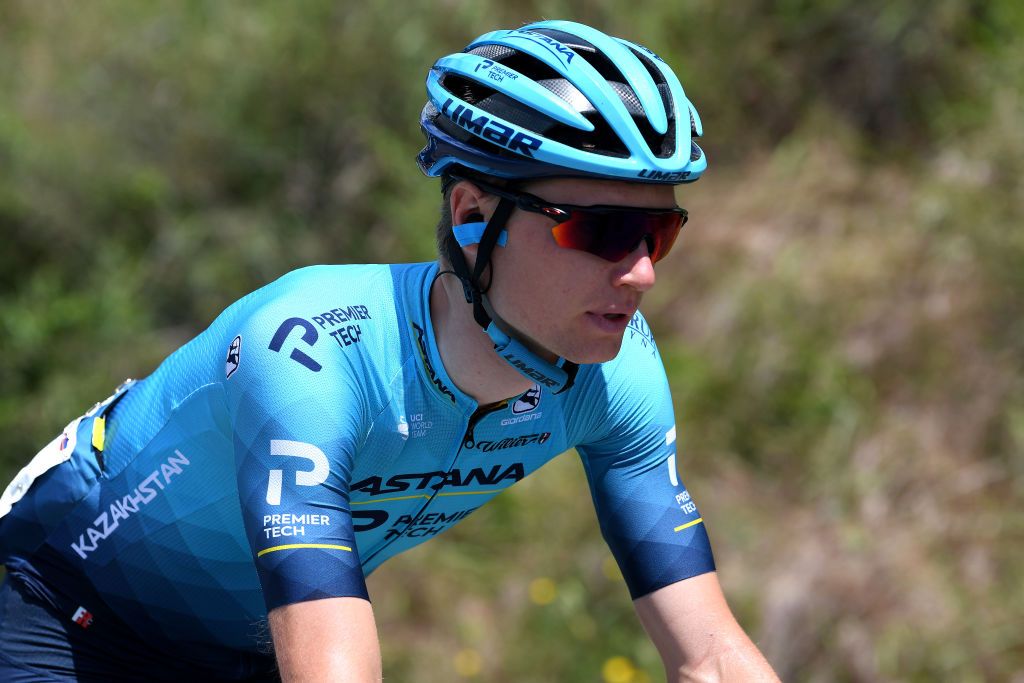 Vlasov finished 11th overall in last year’s Vuelta, then followed it up with a fourth-place finish in May’s Giro d’Italia. A climber who’s capable of putting in a good time trial from time to time, he’s a serious podium contender but might have a hard time overcoming riders like Roglič and Bernal to win the race overall. Just announced to be moving to BORA-hansgrohe for the next three years, a podium finish would make the 25-year-old a contender to win next year’s Giro. 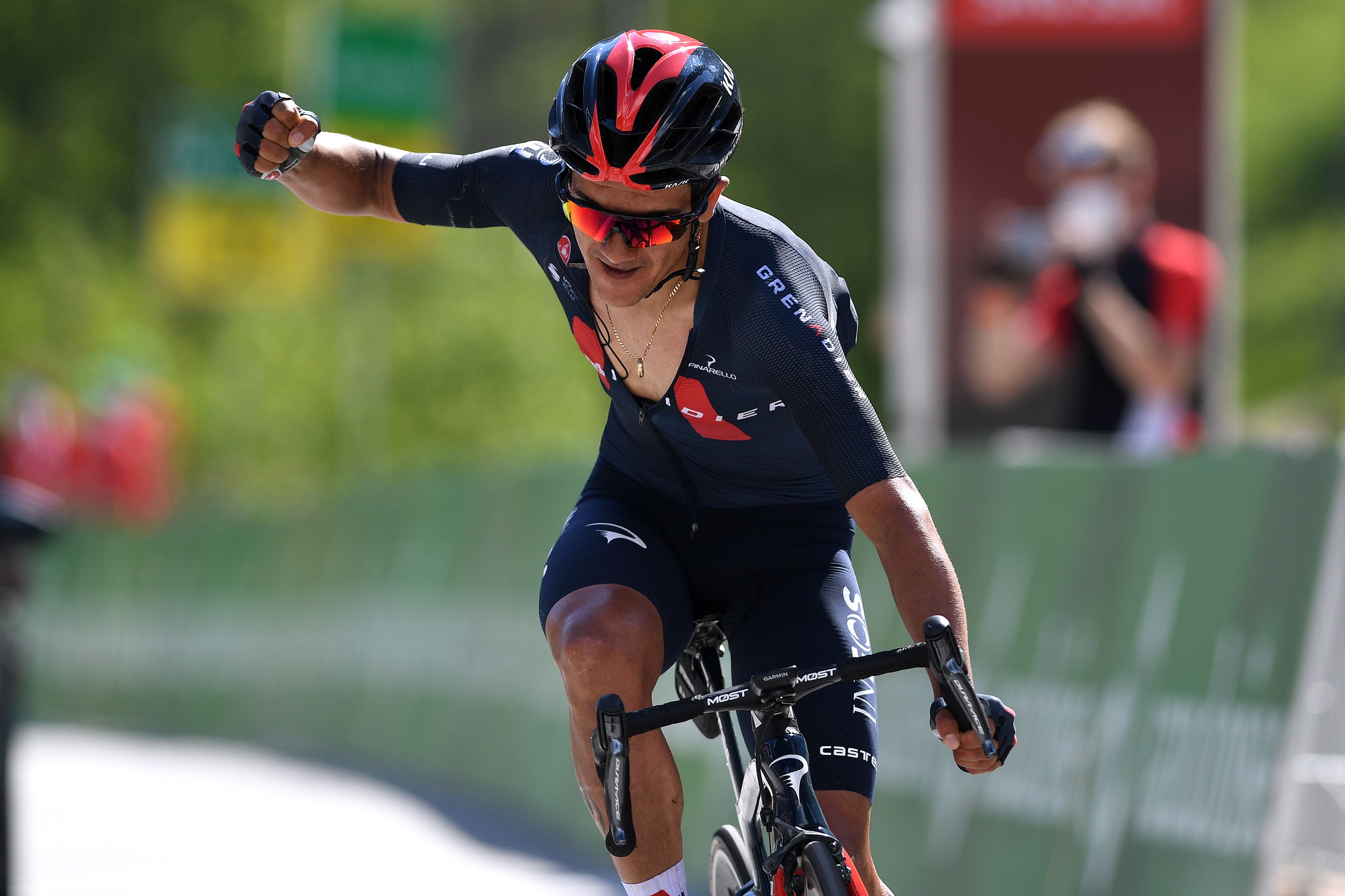 Carapaz won the Giro with Movistar in 2019, then promptly transferred to INEOS after the British super team made him an offer he couldn’t refuse. He’s since justified their investment, finishing second in last year’s Vuelta, third in this year’s Tour de France, and winning the gold medal in the Olympic road race in Tokyo. But rather than take a break, the Ecuadorian is now lining up alongside Bernal at the Vuelta to create a 1-2 punch that no team can rival. But given the level at which he’s been racing since the last weekend in June, we wonder if Carapaz has enough left in reserve to contend for the overall victory. Instead, we expect to see him slide into a role as a super domestique for Bernal, perhaps winning a stage for himself if the opportunity presents itself. And who knows, if all goes well, maybe Bernal will return the favor at the Tour next July. 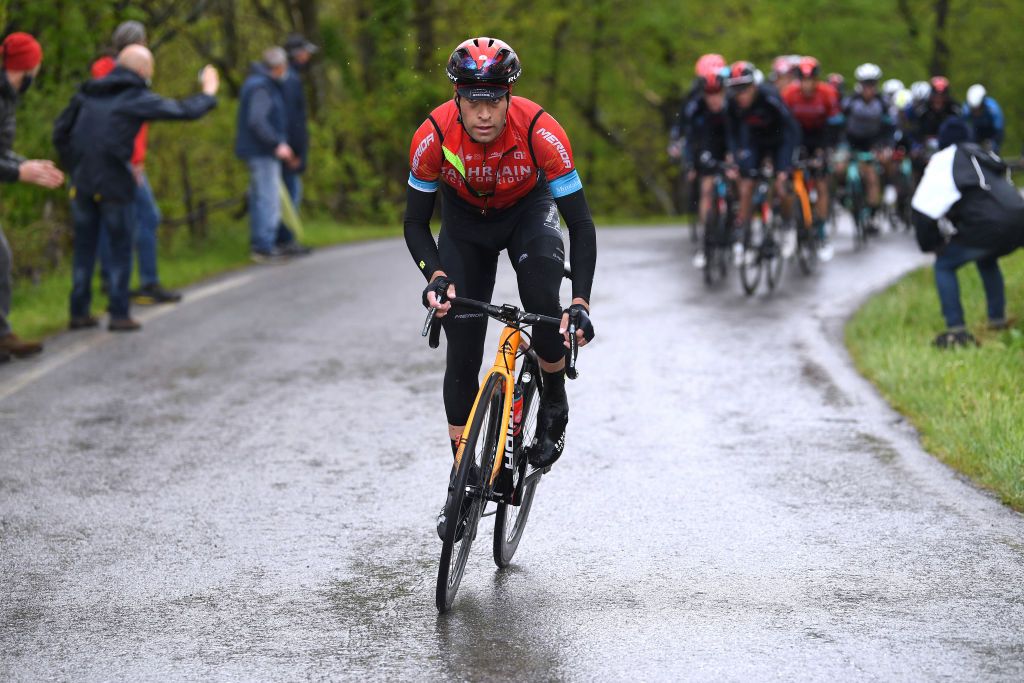 Landa’s run of grand tour bad luck continued at May’s Giro d’Italia when the Spaniard crashed out of the race at the end of Stage 5. He’s healthy now, though, and once again in top form—as evidenced by his overall victory in last week’s Tour of Burgos (against many of the riders competing against him at the Vuelta). He also has a strong team supporting him, including Italy’s Damiano Caruso (who finished second at the Giro following Landa’s departure) and Mark Padun (who won back-to-back mountain stages at the Critérium du Dauphiné in June. His first two goals are simple: try and avoid losing too much time to Roglič in the opening time trial, then make it to the first Rest Day without crashing. If he manages that, he’s a top-3 contender—or better. 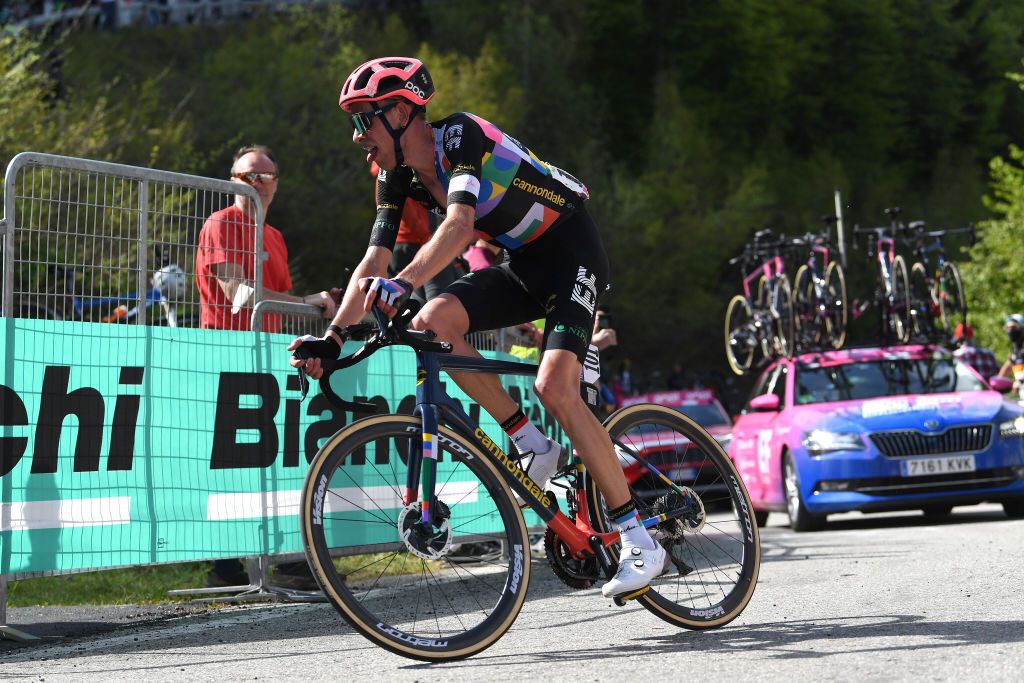 Carthy’s still a relative unknown to many fans, but after finishing third in last year’s Vuelta and eighth at the Giro in May, the Briton has quietly become one of the sport’s best up-and-coming grand tour contenders. Mountains are his specialty, so limiting his losses in the Vuelta’s two ITTs is crucial, but with six summit finishes spread over the Vuelta’s three weeks, there are more than enough chances for him to gain the time he needs to at least equal last year’s result, which itself would be progress given the talent on this year’s start list. 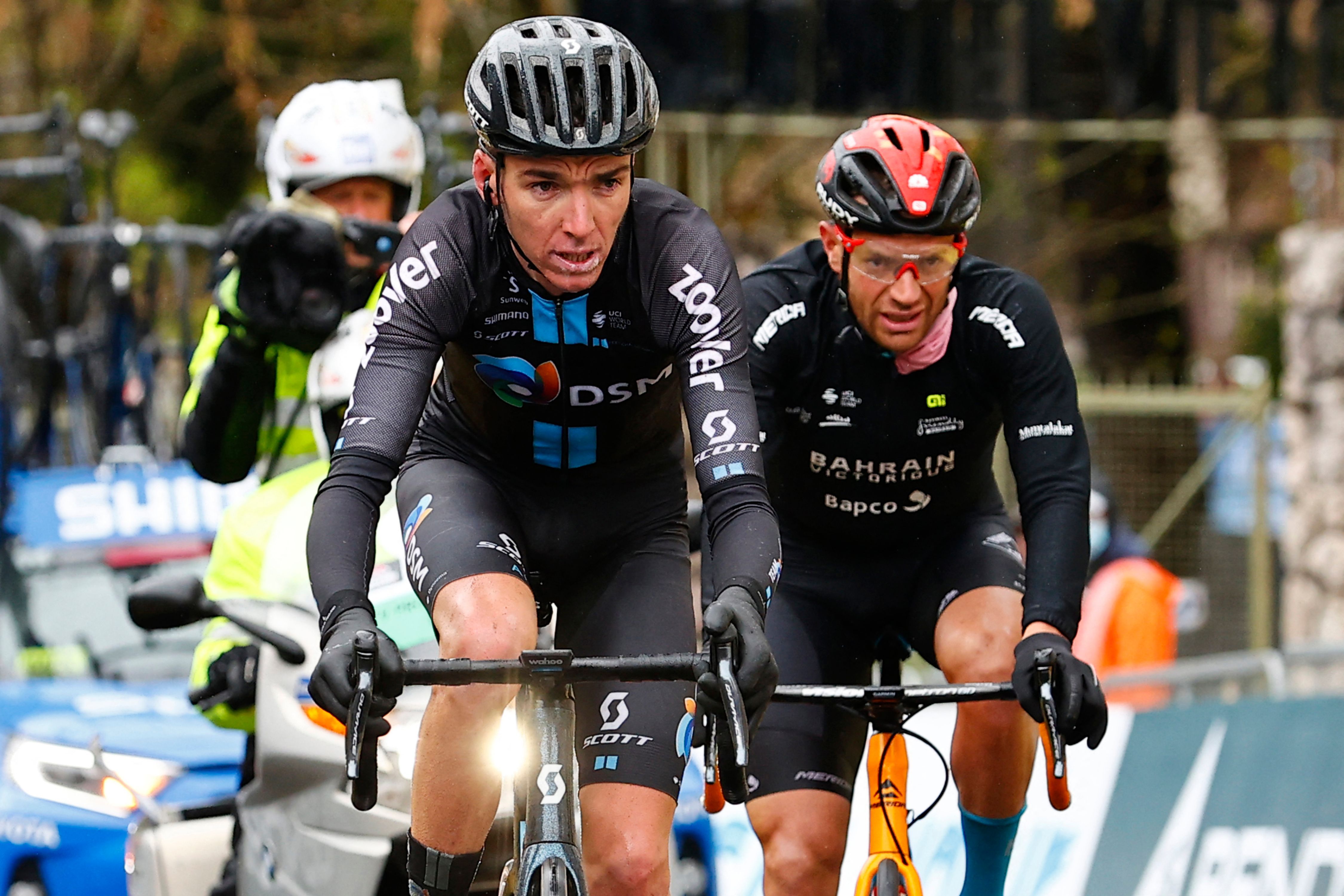 At one time, Bardet was the darling of the French media, a two-time Tour de France podium finisher who looked ready to deliver the nation its first Tour de France victory since 1985. But the pressure that comes with such expectations is unfathomable, and Bardet’s subsequent bids to win the Tour never worked out. Recognising that a change of scenery might be necessary, the 30-year-old transferred to Team DSM this past offseason, a move that seems to have rejuvenated him. Skipping the Tour de France, he finished seventh at the Giro, his best grand tour result since finishing sixth at the Tour in 2018. A stage winner at the recent Tour of Burgos, the Frenchman’s a good bet for a top-5—possibly top-3—finish. 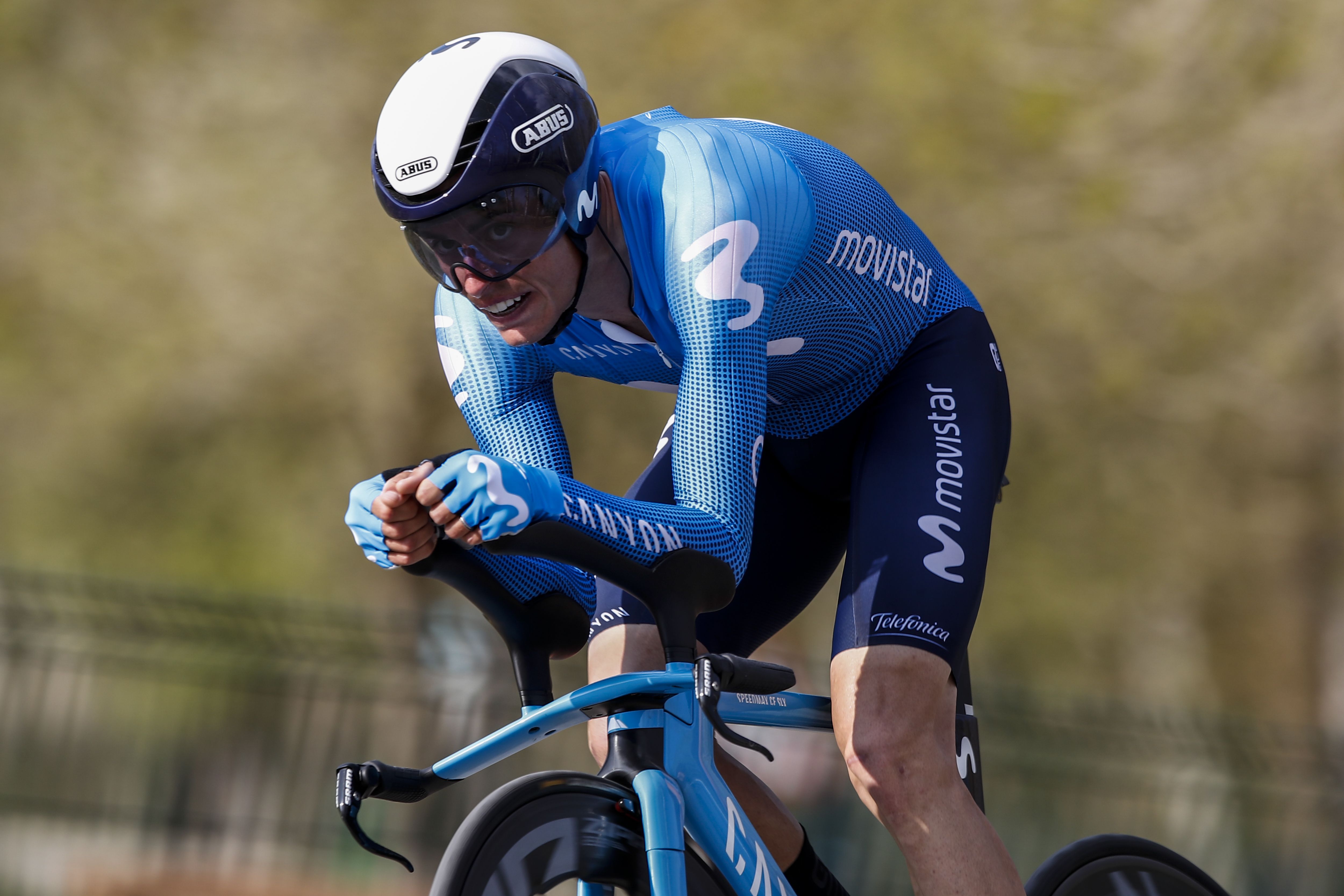 Mas was tipped by none other than Alberto Contador to be Spain’s next grand tour champion, a prediction backed-up by an auspicious second-place finish at La Vuelta in 2018 and fifth-place finishes at both the Tour and the Vuelta last year. The 26-year-old comes to this year’s Vuelta after a sixth-place finish in France, and we’re wondering what it will take for him to climb the podium once more. He’s a relatively good time triallist compared to many other contenders—which helps—but he always seems to suffer through one day in which bad tactics, bad luck, or bad legs cost him the time he needs to move from the top-5 to the top-3. 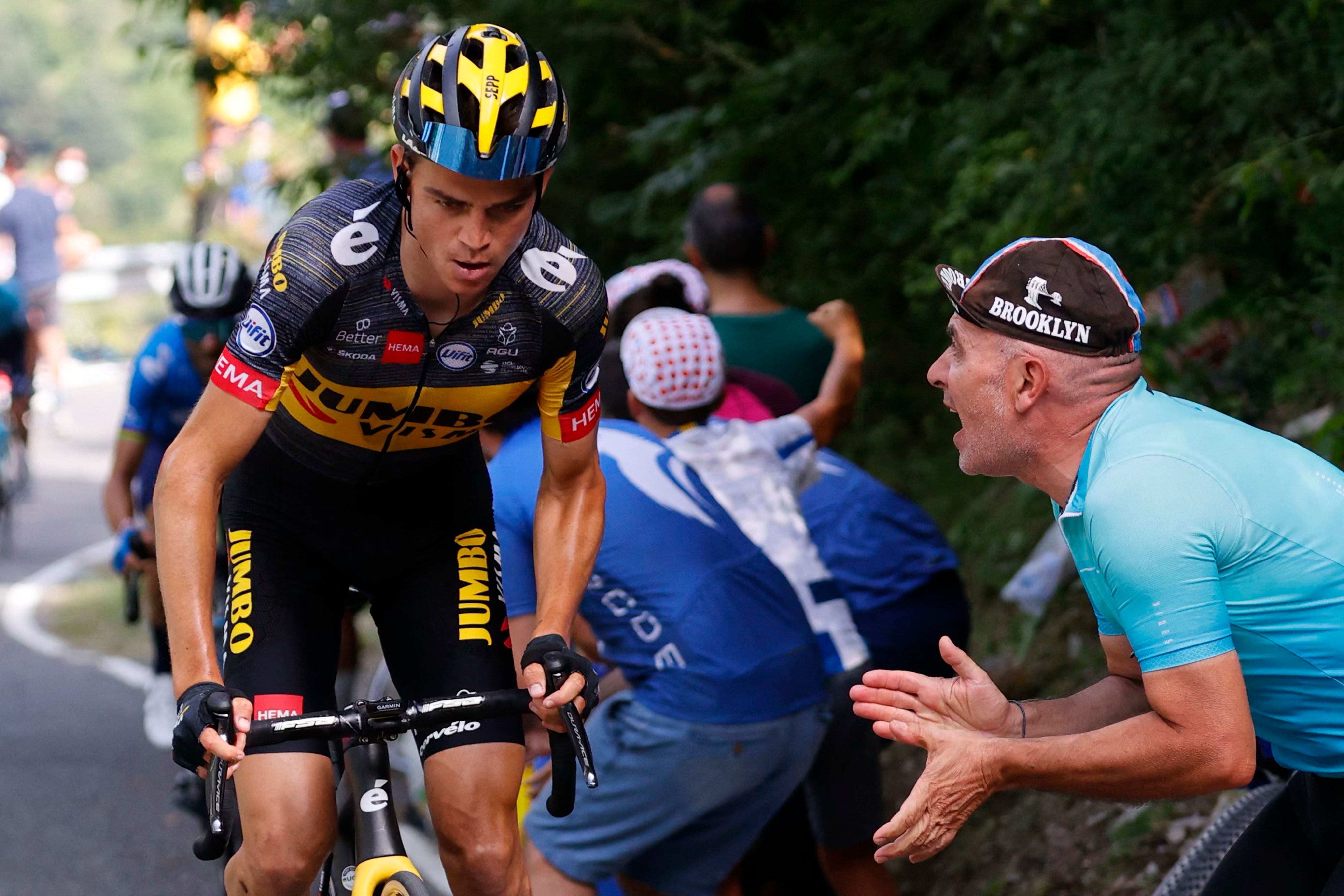 Kuss broke-out at the Vuelta in 2019, winning a mountain stage and proving himself to be one of Roglič’s most trusted domestiques—especially in the high mountains where Kuss often finds himself as one of the last domestiques left in the leading group of GC contenders. Fresh from his stage win—and teammate Jonas Vingegaard’s second-place finish—at the recent Tour de France, Kuss will focus on helping Roglič win his third La Vuelta, while keeping himself ready to lead the team himself should the opportunity present itself. 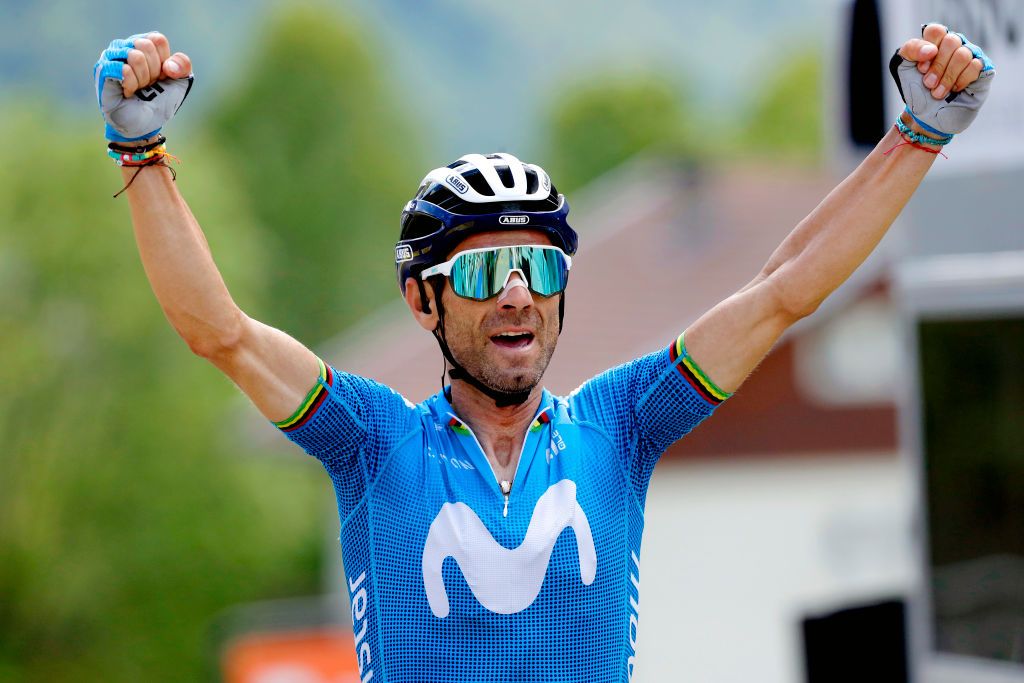 Valverde’s like the Energizer Bunny: he just keeps going, and going, and going—you get the idea. At 41-years-old, the Spaniard won La Vuelta way back in 2009, when many of the riders in this year’s race were still teenagers. A 12-time stage Vuelta stage winner, it had been looking like this would be the final year of his career, but now Valverde is hinting at riding through the end of 2022, which he certainly looks capable of doing despite his “veteran” age. He’ll likely be tasked with supporting Enric Mas, but we’ll be rooting for him to win a stage or two, perhaps nudging him closer to retirement.